Having a blast together

August 29, 2019
With the baby years now well behind me, some have wondered if most of the super fun hands-on part of parenting are now behind me as well.

It's true that babies and toddlers are oodles of fun. Everything is so new. Even every meal time can be an adventure. Each day is a series of new experiences lived vicariously through the eyes of a brand new human being discovering the world around them for the first time.

But really. The fun times are only just beginning.

In the early years, it was primarily all about learning what it means to be Human. What can my hands do, touch, hold, feel? How fast can I crawl, walk, run, jump? What is this new taste? What is this new smell? What are all these feelings inside me that I cannot contain? What are these sounds I make that generate meaning and intentions?

Now with most of that basic stuff established, comes the fun part of learning new Ideas.

And it's been an absolute blast.

We've already had a taste of it with the all books we've been reading together. Harry Potter. Enid Blyton. Roald Dahl. C.S. Lewis. And we're all just eating everything up voraciously. Seriously. Can't. Get. Enough. Of. It.

Our current latest obsession is the Chrestomanci series by Dianna Wynne Jones. Some say it's even better than Harry Potter.

But wait. It gets better.

There's also the music. OMG. Music! So much fun!

And we're no longer stuck in the rut of listening to endless loops of 'Let it Go' or the Trolls movie soundtrack (though the latter is pretty cool I admit).

Much of the interest was ignited by the fantastic soundtrack from the 'Guardians of the Galaxy' movie, which I admit rekindled my enthusiasm for some old familiar tunes. Movies like that are definitely a great segway to showcase how much fun and relevant those classic songs still are. Though I admit I am reaching my limit of the Pina Colada song (Escape).

The kids also developed an unexpected interest in Edwardian classics from the Cozy Classics series they came across at the library. These are actually baby board books with pictures featuring great classic novelists such as Jane Austen's 'Emma' and 'Pride and Prejudice', Charles Dickens' 'Great Expectations' and 'Oliver Twist' and Victor Hugo's 'Les Misérables'. I could not understand their fascination with these books. Must be something very captivating about the pictures. They begged me to give them a detailed (improvised) narration of each of the books they insisted on borrowing.

They made me do the same with 'Emma'. This one was a much trickier one to do. "Emma bcame friends with poor Harriet and wanted to help her find a husband. Emma tried to make Mr Elton like Harriet, but Mr Elton actually liked Emma. Then Emma liked Frank Churchill but changed her mind. Emma thought Harriet liked Frank and tried to help them fall in love, but Frank loved someone else and Harriet actually liked Mr Knightley, who was really in love with Emma, and when Emma found that out she realised she loved Mr Knightly too, but she thought Mr Knightly loved Harriet instead......". Phew!

Their favourite one was Victor Hugo's 'Les Misérables'. I was surprised how much they enjoyed the story. I suppose great stories shine through in any form. I mentioned that the story was made into a musical (my favourite of all the musicals I've seen). They pressed me for more. So I showed them my CD soundtrack of the musical. That led to them listening to a few songs on the soundtrack. Then watching some YouTube videos of the highlights. And later on watching the 2012 musical film. I was pleased to hear them remark that the singing is way better by the original cast. At first I thought they were drawn mainly by the music and that the big humanistic themes in the story would simply go over their heads. But they asked very deep and thought provoking questions throughout the film. Why did the priest lie about Jean Valjean stealing the silver? Why is everyone so mean to Fantine? Why does Jean Valjean want to tell everyone that he is prisoner 24601? Why does Javert keep on wanting to catch Jean Valjean for so many years? Why did Jean Valjean go back to save Marius? Why did Jean Valjean not kill Javert? Why did Javert want to kill himself? Why did Jean Valjean hide away and not want to be with Cosette and Marius?

Hubby has been introducing Nathan to great classic film series' such as 'Back to the Future', 'The Karate Kid', 'Indiana Jones' and 'Men in Black'. And we've been working through the entire series of Marvel superhero films with the kids and having great times discussing the plot and characters together over dinner. We've also enjoyed watching various family classics such as 'The Princess Bride', 'The Neverending Story', 'The Labyrinth', 'The Wizard of Oz', 'Mary Poppins' and 'The Sound of Music' (the last one was sadly met with slightly less enthusiasm than expected but still enjoyable). The kids laughed non-stop watching 'Home Alone' and were introduced to the wonderful late Robin Williams in 'Hook'.

All in all, hubs and I been having the best times with these two. 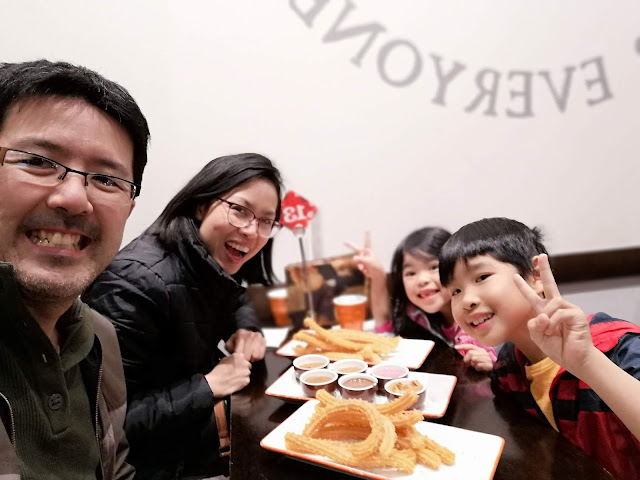