The wisdom of seven

And now we come to December.

At our household, December is not only about Christmas and year end festivities, but it’s also all about this little man… 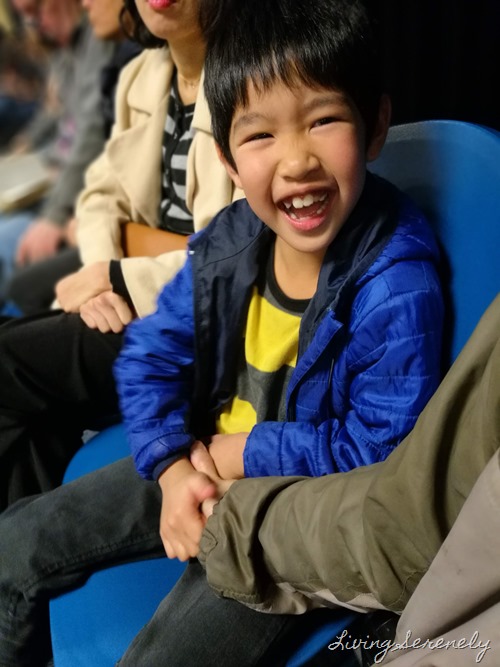 This space of seven has been an interesting time with subtle shifts and ebbing away of childhood plays, giving way to newer ‘sophisticated’ interests, yet not being quite ready to let go of many of those childhood playgrounds just yet.

The sparkly appeal of Ninjago and Transformers characters and toys have started fading away ever so slightly around the edges.

Whatever new obsessions are taking over for the moment, our boy has still been the same steady chap. On the dot at 4.30pm every weekday, the tinkling sounds of piano practice will come floating out of the media room. Every morning after breakfast, the dishes in the dishwasher will be emptied and put away. When entering the car, this gallant guy will announce “ladies’ first” as he lets his sister get into the car before him. I can even count on getting a kiss on my hand from him every now and then. Talk about a knight in shining armour!

Apart from that, the biggest thing for me this year has been the sage-like wisdom beyond his age contained in this seven-year old package—complete with a seven year old brain and heart and it’s blurred lines between magic and reality slowly coming into focus…

Overheard in the bathroom after Nathan had finished showering (FYI I had recently topped up his underwear pile)…
Nathan: “Wow! These undies never run out! It’s like I have everlasting underwear!!!”

During one of our bedtime chats…
Nathan: “Sometimes when I’m lying in my bed at night, I like to imagine myself as an old man telling the story of my life to my kids and grandchildren”

Nathan and Grace having a major disagreement which ended up with Grace being absolutely livid and yelling…
Grace: “I DON’T LIKE YOU ANYMORE!!!!!!”
Nathan: “That’s okay, because I know we’ll always end up happy-happy again in the morning.”
#truewisdom

During a meeting with Nathan’s school teacher about a physical incident Nathan encountered with another boy during PE class…
Nathan: “We were having a relay race and the rules are we are not supposed to throw the baton to the next person or our team would be disqualified. But ‘X’ was throwing the baton instead of passing it, so I stopped him and told him not to, that’s why he pushed me. But I’m okay. I was just trying to do the right thing.”

Another bedtime chat on Santa Claus and the Tooth Fairy (after we had tucked Grace in with her baby tooth nestled under her pillow)…
Nathan: “Grace really believes in the Tooth Fairy doesn’t she?”
Me: “Yes, she does.”
Nathan: “Mummy… why do some people keep wanting to believe in something when it’s not real?”
Me: “Well, people all over the world believe in all sorts of things… like Christians, Buddhists, Muslims and all the other different religions… Why do you think they want to believe in what they believe?”
Nathan: “I don’t know… I guess because they want to?”
Me: ‘Yes… think about Grace, how does she feel when she thinks about the Tooth Fairy?”
Nathan: “It makes her feel happy, I guess.”
Me: “Yes, it’s kind of fun for her to believe in fairies for now.”
Nathan: “Mummy, you know what? I think you are actually the Tooth Fairy.”
Me: “Why do you say that?”
Nathan: “I just think so, because otherwise how can anyone get into our house?”
Me: “So do you think I have wings to fly with?”
Nathan: “Well, maybe you magically grow them… but actually, you don’t need wings, because you live here! You can just walk over anytime!”
Me: “So… am I the Tooth Fairy that goes around to all the other children’s homes to collect their baby teeth?”
Nathan: “No… I think every kid’s own mum is their tooth fairy.”
Me: “What about Santa Claus then?”
Nathan: “Hmmm… well, daddy can’t be Santa Claus because his beard is black and Santa’s beard is white.”
Me: “Couldn’t he grow a white beard like how tooth fairies grow their wings?”
Nathan: “Erm… Aaaargh… I’m not sure… why do adults have all these secrets? Can you tell me the truth please?”
Me: ‘Of course I can, if you really want to know.”
Nathan: “Yes, please tell me…. tell me, please…”
Me: “Alright, how about you have one last think about it tonight. Then tomorrow when you are ready, I will tell you.”
Nathan: “Why? What’s there to think about?”
Me: “Well, because after you know the truth, it will change everything… change how you see things…”
Nathan: “Ooooh… hmmm… actually… maybe I don’t want to know the truth yet then.”
Me: (laughing) “Okay, that’s up to you… you let me know when you are ready.”
Nathan: (giggling) “Okay, I will… I don’t think I’ll be ready for a long time yet… probably not until all my baby teeth fall out and I’m all grown up… I might be ready then… I’ll tell you when that is.”
Me: Sure, baby.

I walked out of his room that night with my mind completely blown.

Anyway it’s finally time to bid farewell to Seven and welcome in Eight. This year Nathan requested another intimate party just hanging out with his best mates. I went back to him a few times just to make sure he understood that we were more than happy to throw him a mega big bash with as many friends as he wanted. However he assured me that the best kind of birthday for him was simply to spend the time with the people he loves and enjoys being with the most.

For these special inner circle of friends, we worked together to make these super cool goodie bags which include a ‘How To Build a Tenkai Minifigure’ kit… 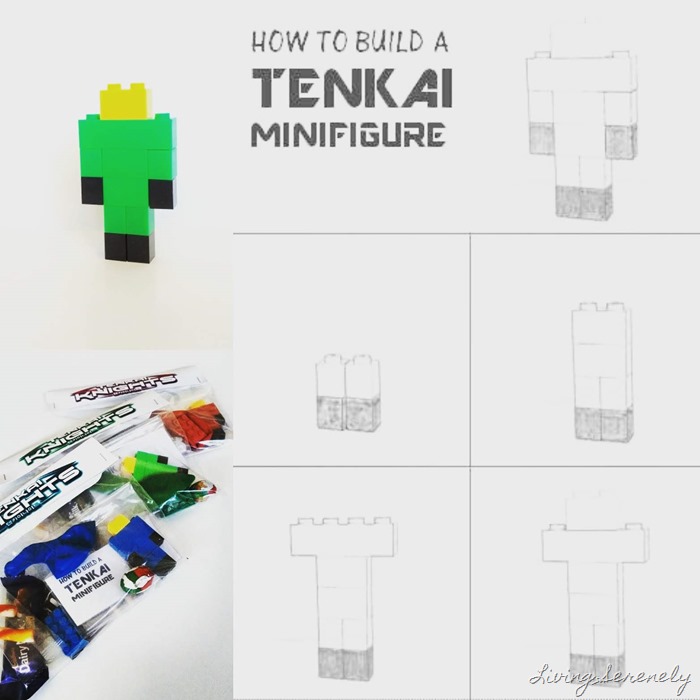 And we assembled this Tenkai Knight themed birthday cake… 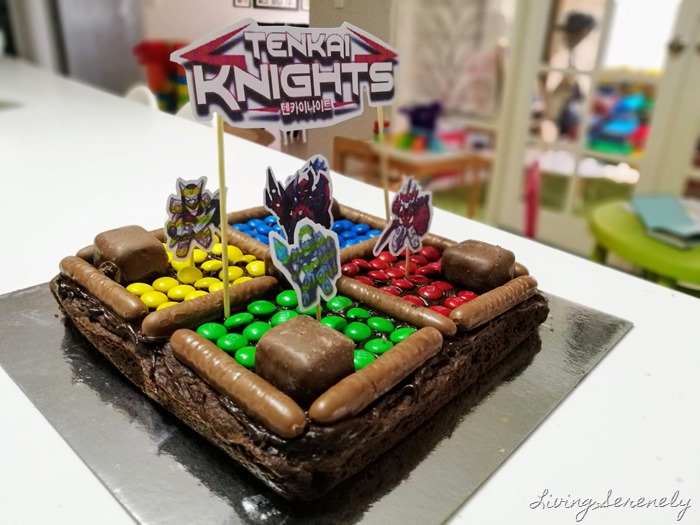 As it’s such an easy low-key party, we decided to plan a super colossal surprise birthday present for the little man. I’ve been keeping my lips tightly sealed (with great difficulty) for months now. So I’m not taking any chances to accidentally blow the surprise by leaving any clues here just in case. Will reveal the big secret later on down the track, so stay tuned. 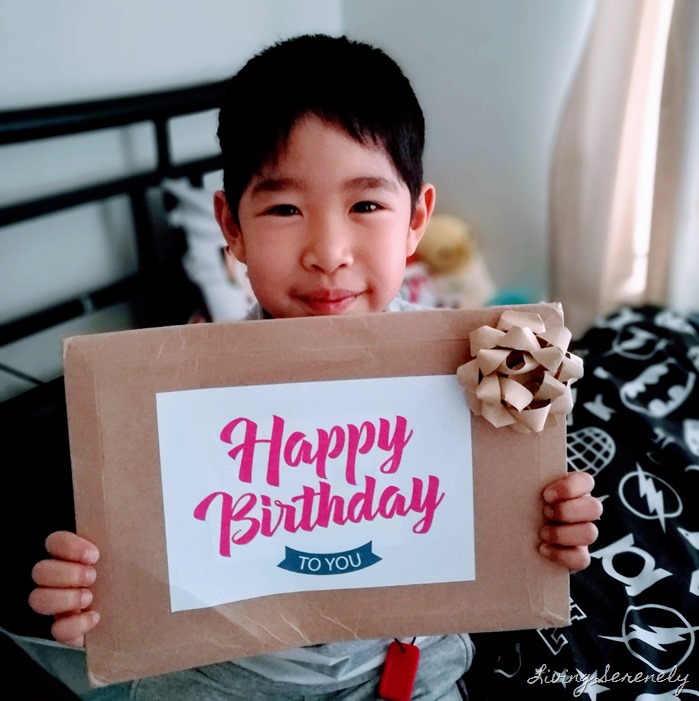 For now, a big happy eighth birthday to my sagely wise, believing, knight in shining armour.