When winter arrives, it really makes an entrance. 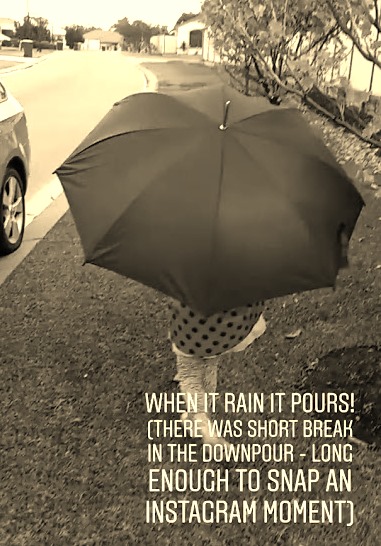 No matter how many winters I’ve been through, I always feel a tad bit unprepared for the miserable wet days and long stretches of rainy deluges. In the meantime, I can just cosy up with hot drinks and fluffy slippers and day dream about summer.

And with winter always comes the realisation that we’re now at the halfway point of the year. And it’s been quite a year already. With all that’s been going on, I think this space is due for a proper ‘what’s been happening’ update.

On the Enrichment Class Debate
I’ve always seen myself on the camp of minimal or nil enrichment classes. I have a bit of a soft spot for the ‘free range’ school of parenting. But maybe it’s the Asian side in me surfacing or whatever. So in addition to the piano lessons Nathan’s been getting from me, he’s also officially started Taekwondo classes. And I think it’s been really good. We’re not a very sporty type family, so the classes have been a great way for him to channel all his energy and really sweat it out. Today after class he stayed back to ask his instructor about the pathway and next steps to earning his next coloured belt. He sounded so serious and focused. I asked him about it afterwards and he told me his goal was to reach black belt level “just like daddy!”.

Piano lessons with Nathan are going well. Nathan has a very humble and teachable nature. So the lessons have not been a thorn in our sides. Many people were surprised that we’ve been able to do this. And normally I don’t think it would work for most people as a rule. But Nathan has really impressed me with his ability to learn independently and practice regularly. I’m really so proud of him. Also I keep each small goal achievable and pace ourselves at each lesson. There’s no rush or race in this. I just see myself as simply sharing and passing on a learnt skill to the next generation.

On Birthday Party Planning
Grace’s fifth birthday is just around the corner. For a treat this year I decided to take the outsourcing mode and have her birthday hosted by the team at The Pickled Fairy in Fremantle. They cover everything from the invitations, food, activities, party favours and even the cake. Grace opted for a Mermaid theme. So my biggest job is to put together a mermaid costume for her. In the meantime I’m just as excited as Grace to see what magic the fairies at The Pickled Fairy come up with for the party next month!

Last month hubs hit the big Four-O. I had a whole itinerary planned which included a glamping getaway and a ‘Skipper for a Day’ experience in Mandurah. We had to chop and change plans at the last minute due to the dratted weather (it always gets a bit iffy around the month of May). The glamping trip has been postponed till dryer weather but we did head out on our own chartered boat, munching fish and chips on board with hubs at the skipper’s helm. And for something a bit fancy and glammed up, we splurged on high tea at the revolving ‘C’ restaurant in Perth city. Hubs was super stoked over his pressie which was another gadgety addition to Google-fy our home. I told my man he doesn’t look a day over 39!

On Personal Health
Just this past few months I’ve experienced two major episodes related to my health. A couple of months ago I sprained my back very badly. I was out of commission for two days and had to temporarily close my family day care. The big inconvenience was that hubs happened to be out of town for work that entire week. My big lifesavers were kind friends and neighbours who helped out with the school pick-ups and drop-offs for the kids. Nathan and Grace were also incredibly helpful and did whatever they could to help. Nathan even helped to shower Grace while I stood nearby to supervise and direct.

At the end of that painful episode I made a resolution to take up some yoga or pilates to strengthen my core muscles. After hunting around and getting sidetracked a month or so I finally came across a great yoga class that fit in perfectly with my schedule that was due to start this month. Then I was suddenly hit by another big health scare, so I had to put a raincheck on the yoga class.

It started with a couple of intense pain-filled evenings and a bit of a runaround with the doctors trying to figure out the underlying problem. Finally after a series of urine and blood tests and a CT scan the culprit was revealed--two of them to be precise. Kidney stones. I had an inkling that there was a hereditary problem in this area in my family but it never crossed my mind that it would hit me. This episode knocked me pretty hard emotionally which I’m still trying to deal with. For now I’m managing with painkillers, looking into my options and getting in touch with a specialist to tackle this. And in the meantime holding onto that classic mantra “This too shall pass” (and drinking bucket loads of water).

On Mama and Daughter Time
Even though Grace has started kindy this year, I’ve still kept my Fridays off to be able to spend some one-on-one time with her. And I’m so glad to be able to pocket all these little silver and golden moments of shared memories of what Grace calls “mummy time”. Even right in the middle of such moments I’m acutely aware of it’s transience. In one of those moments I said out loud to Grace “You know I’m going to miss this ‘you right now’ tomorrow”. She simply beamed and said “me too!”

A couple of weeks ago I was finally able to arrange some time to pop by Grace’s class to volunteer as the parent helper. Earlier in the term she expressly asked if I could come to visit her class--“…if you want to mummy… you don’t have to stay very long… and you can leave any time you want”. It made me almost cry seeing how she had to sidle up to her request like that, already taking into account that I would normally be occupied looking after other children. So I promised her I would make it happen. It did take some effort to coordinate and organise the time off. But seeing the immense look of pride and joy having me there in her class just for that one hour was enough to make all the effort  to arrange it all worthwhile.

On Girlfriend Time
I have a regular group of old buddies, mostly from university days, which we’ve kept in touch or reconnected over the years. We aim to catch up over dinner about once a month sans children and husbands. A few of the ladies in the group are turning the big Four-O this year and we’ve decided to celebrate it in style. This weekend we’re renting a three-bedroom apartment in the city, head out to a fancy dinner, hang out at a nearby jazz club and stay up late chatting to the wee hours. The plan feels almost foreign but definitely exciting… Can’t wait!

Phew! That should be enough news to chew on for now. Stay dry and safe as you weather your storms (both literally and figuratively) through this season.