Since my last reading update, I’ve been working steadily through my wish list of books to read with the kids. We’ve finished several other Roald Dahl classics, the first two books in C.S. Lewis’ ‘Chronicles of Narnia’ series, and the first book in Laura Ingalls’ ‘Little House’ series. 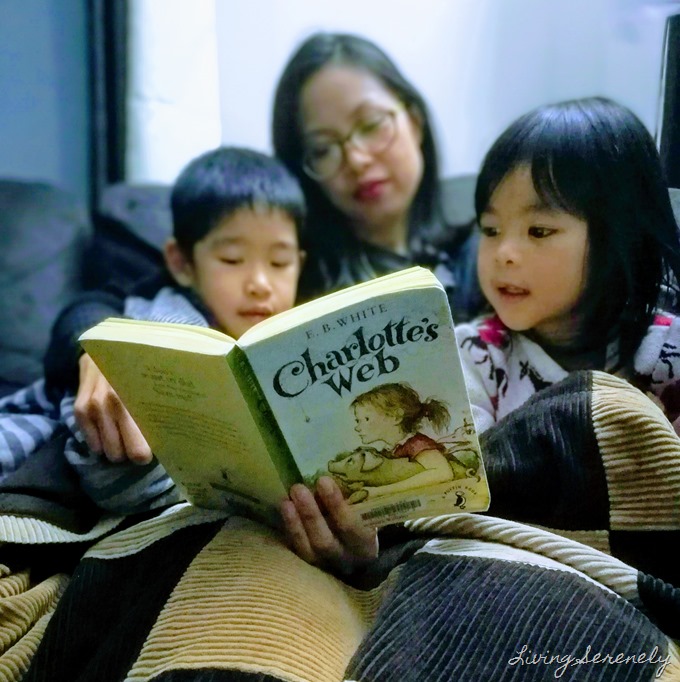 The latest book we’ve just finished and absolutely loved was E.B. White’s ‘Charlotte’s Web’. Nathan got especially got caught up in all the emotional ‘feels’ in the story. But kids are surprisingly very accepting on the subject of mortality. Though I doubt they’ll ever look at spiders in the same way ever again.

On my own reading list, I just finished Noah Gordon’s ‘The Physician’ which is a historical fiction set in 11th century England and Persia. The story centres around an orphan boy grows up to become a surgeon and makes a dangerous journey to Persia to study medicine. Perspectives on the three major religions of that era (Christianity, Judaism and Islam) are explored in the melting pot of the ancient middle east. 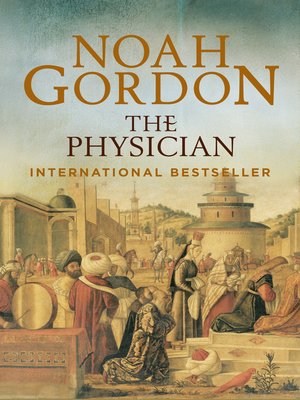 "Have you considered," Rob said slowly, "how each faith claims that it alone has God's heart and ear?" We, you and Islam--each vows it is the true religion. Can it be that we're all three wrong?"

Rob felt a welling of affection. Soon Mirdin would be a physician and return to his family in Masqat and when Rob was hakim he too would go home. Doubtless, they would never meet again.

When he met Mirdin’s eyes he was certain his friend shared his thoughts.

“Shall we see each other in Paradise?”

Mirdin stared at him gravely. “I shall meet you in Paradise. Solemn vow?”

“I think of the separation between life and Paradise as a river,” Mirdin said. “If there are many bridges that cross the river, should it be of great concern to God which bridge the traveler chooses?”

My other recent favourite read was ‘Astrophysics for People in a Hurry’ by Neil deGrasse Tyson. You might know him as the host of the documentary series ‘Cosmos: A Spacetime Odyssey’. 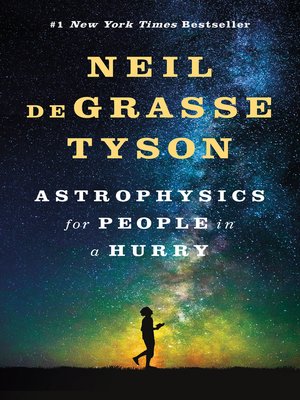 The cosmic perspective is more than about what you know. It's also about having the wisdom and insight to apply that knowledge in assessing our place in the universe. And its attributes are clear:

The cosmic perspective comes from the frontiers of science, yet it is not solely the provenance of the scientist. It belongs to everyone.

The cosmic perspective is humble.

The cosmic perspective is spiritual -- even redemptive -- but not religious.

The cosmic perspective enables us to grasp, in the same thought, the large and the small.

The cosmic perspective opens our minds to extraordinary ideas but does not leave them so open that our brains spill out, making us susceptible to believing anything we're told.

The cosmic perspective opens our eyes to the universe, not as a benevolent cradle designed to nurture life but as a cold, lonely, hazardous place, forcing us to reassess the value of all humans to one another.

The cosmic perspective shows Earth to be a mote. But it's a precious mote and, for the moment, it's the only home we have.

The cosmic perspective finds beauty in the images of planets, moons, stars, and nebulae, but also celebrates the laws of physics that shape them.

The cosmic perspective enables us to see beyond our circumstances, allowing us to transcend the primal search for food, shelter, and sex.

At least once a week, if not once a day, we might each ponder what cosmic truths lie undiscovered before us, perhaps awaiting the arrival of a clever thinker, an ingenious experiment, or an innovative space mission to reveal them. We might further ponder how those discoveries may one day transform life on Earth.

Absent such curiosity, we are no different from the provincial farmer who expresses no need to venture beyond the county line, because his forty acres meet all his needs. Yet if all our predecessors had felt that way, the farmer would instead be a cave dweller, chasing down his dinner with a stick and a rock.

With audiobooks, the ones I enjoy the best are those that are not overly heavy in content and with a really compelling narrator. I tried out some of John le Carré’s novels like ‘The Constant Gardener’ and ‘The Night Manager’, but I think those spy novel genres with complex characters and many plot twists and turns need a lot of focus and concentration. Something I’m not usually up for over my morning brush and my breakfast toast. I’ll probably pick them up to read the old fashioned way so I have time to chew on them in the evenings.

Here are a few recent ones which I found quite enjoyable to listen to:

‘Journey to the Centre of the Earth’ by Jules Verne – the familiar plot was easy to follow so I could just enjoyed the full-cast dramatisation of the narrative and dialogue.

‘Shanghai Tango’ by Jin Xing – the narrator (Keith Brockett) was brilliant and really drew out all the subtle emotions between the words in the narrative.

‘Coraline’ by Neil Gaiman – some parts were rather dark and somewhat disturbing but still entertaining.

‘Lion’ by Saroo Brierly – I picked this one up mainly because of the movie release and thought I’d like to read the book first before watching the film.

‘Risotto with Nettles’ by Anna Del Conte – this book made me feel so hungry at the end of every chapter, which should be no surprise for a memoir of a celebrated cook.

In the podcast department, I recently discovered ‘The China History Podcast’. This podcast series is super comprehensive. I mean just browsing through their episodes list feels heavy. But I just scroll through and click on whatever episodes catch my interest. A couple of episodes I found interesting include:

The History of the Hakka People; and