The month of May usually synonymous with Mothers’ Day.

At this season of motherhood, my Mothers’ Day is still a shower of cute crafty gifts and cards and funny ‘Interview Questions’. Although this year for the first time I received bona fide presents from both kids which they used their own precious ‘ang pow’ money to buy from the Mothers’ Day gift stall set up at their school. 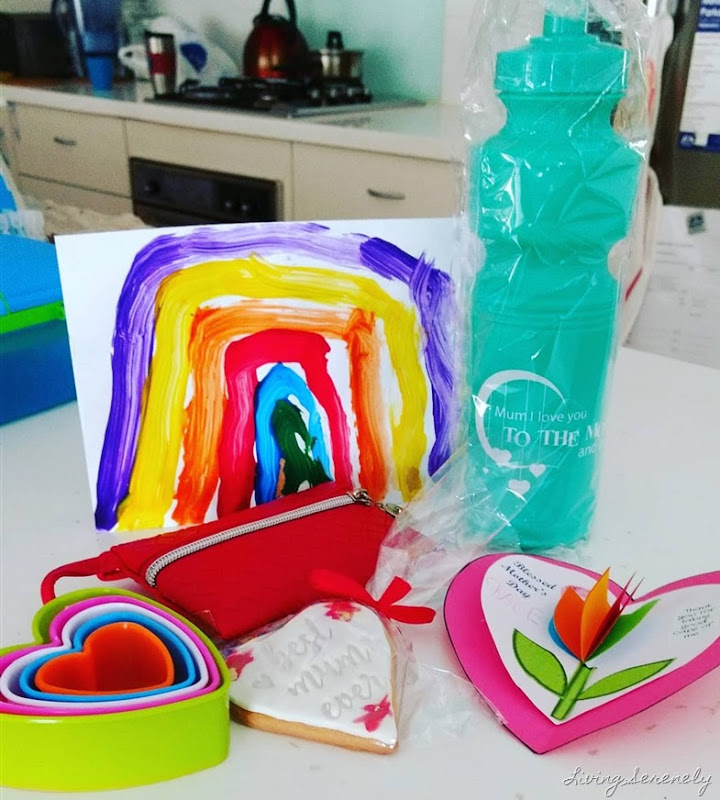 Grace got me a set of heart shaped cookie cutters. Which I suspect was because she wanted me to tempt me with to bake cookies. Which we did. Nathan bought me two gifts—a drink bottle and a pretty little purse. It was sweet listening to them describe their unique thought processes for selecting their respective gifts.

For the mums of my family day care kids this year, the children made heart-stenciled tea towels with fabric markers as their Mothers’ Day gifts.

They went together with these sharpie mugs I made featuring my favourite three-ingredient chocolate mug cake.

(*Tip: To set the sharpie ink, I baked them in the oven on a low temperature of 120 degrees Celcius for two hours)

As cliché as it sounds, the best gift as a mother is having these two little besties. Honestly as far as sibling relationship goes these best buds are close to perfect. They love each other to bits. They wake up each morning, head straight over to each other’s rooms (whoever wakes up first) and start chattering away like long-lost buds who haven’t seen each other in years. 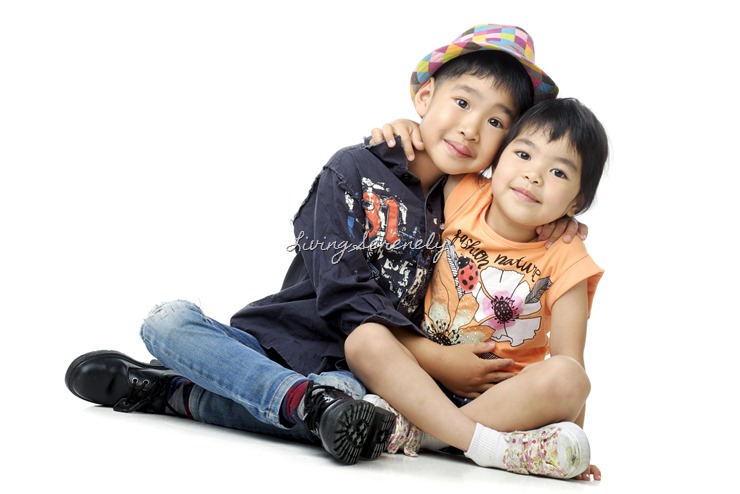 Ever since the first official sleepover they had a few months back, they’ve begged for more. But I realised that none of their sleepovers actually involve any real sleep. They’d be up all night yammering away if I let them. So for now I let them have ‘partial sleepovers’ on the weekends. They can snuggle up in adjacent beds or mattresses chatting away in the dark. Then at a designated cut-off time, I’ll come in and move them back into their respective bedrooms.

What do they talk about all day and night? Well from the occasional eavesdrop, most of their conversations involve mapping out play scenarios and storylines involving their favourite Lego characters and other toys. Though there was one moment I caught a snippet of Grace telling Nathan about a naughty boy at school who kept bothering her. Nathan listened intently and offered some sage big brotherly advice encouraging her to stand up to the boy and not let him push her around. I was brimming full as I overheard this sweet conversation.

Of course they encounter the odd disagreement every now and again. But they usually sort it out between themselves. Because they know I never take sides. And usually the first question I ask if they ever bring up an issue to me is “What would you like me to do?” -- which makes them realise they don’t actually want to get the other person into any actual real trouble.

Nathan’s natural easy-going, sweet nature and ‘all heart’ guilelessness seems to be a perfect combo to Grace’s comical, cheeky, infectious, fun-to-be-with and laughs-at-everything character. Nathan has his number one fan and Grace has her biggest cheerleader.

Last term Grace got started on the school banking program. She was eager to begin collecting tokens from each weekly deposit to redeem one of the rewards. After making her first deposit, she looked crestfallen over her one miserable token. She was rather teary over her disappointment. It was a long way from the ten tokens she needed to claim her prize.

“I only have one token, mummy…”

Nathan trotted over after he was done with his deposit.

“Grace did her first banking deposit today”, I remarked.

Grace reluctantly pulled out her token.

Grace couldn’t help but let out a smile.

All was well with the world again.

Last week while we were out at the shops, the kids received some fruit stickers. Grace stuck her banana sticker on her forehead and dubbed herself ‘Master Banana’.

“YAAAAAAA!!!! I am Master Banana -- bananaa… bananaa… you are now under my banana spell!!! You will do as I saaaaay…” (Grace waving her hands magically at Nathan)

“What will you have me do, Master…” (Nathan in robotic voice)

“I use my apple shield to block your banana power!”

...Like an old couple looking through the morning paper #saturdaymornings