Nian gao or sticky rice cake is a classic Chinese New Year treat. The cake was featured in one of our favourite reads last month ‘The Nian Monster’ by Andrea Wang, where the notorious monster was defeated by the super sticky cake made from glutinous rice flour.

The kids were curious to know what this cake tasted like. I’m not really a big fan of the traditional steamed version of nian gao. Then I remembered a baked version that one of my aunts used to make every year for my family’s Chinese New Year reunion dinner.

So I tracked down the recipe and found the recipe surprisingly uncomplicated. It was so simply that I decided to whip up a monster load of the cakes to give away to friends. If you’ve never tasted this version of nian gao before, I highly recommend it. This cake tastes best freshly made, so you will unlikely find it being sold in the shops. Here’s the recipe if you are interested to give it a try… 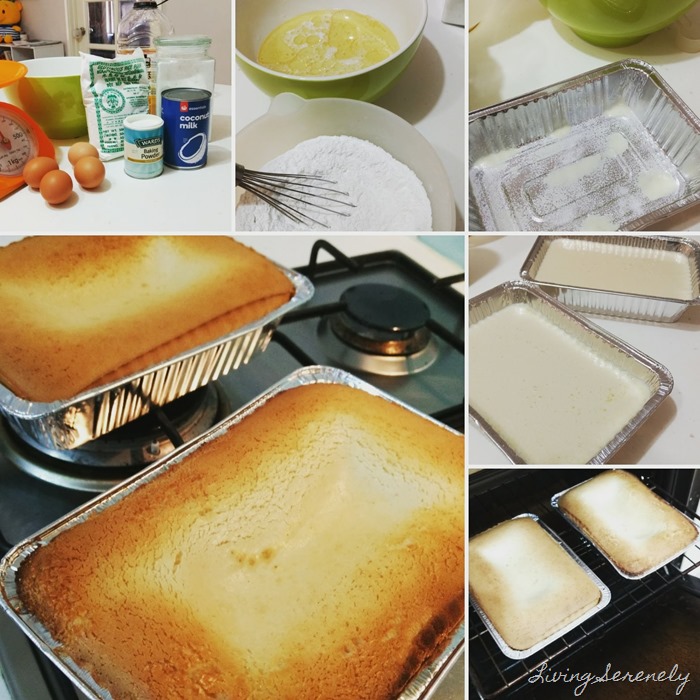 Method
Preheat oven to 180oC. Grease baking pan with oil, sprinkle with sugar and set aside. Sift flour and baking powder together in a large bowl and set aside. In another bowl, combine milk/coconut milk, sugar and oil and whisk with a hand mixer or stand mixer. Whisk in eggs one at a time. Gradually add in sifted flour and mix batter until smooth. Pour batter into greased baking pan, allowing about half a centimeter room for rising. Bake for about 20-25 minutes until golden brown. Cool on wire racks before serving. The cakes might sink slightly in the middle as they cool.

I added a red dot in the centre of the cake for luck. 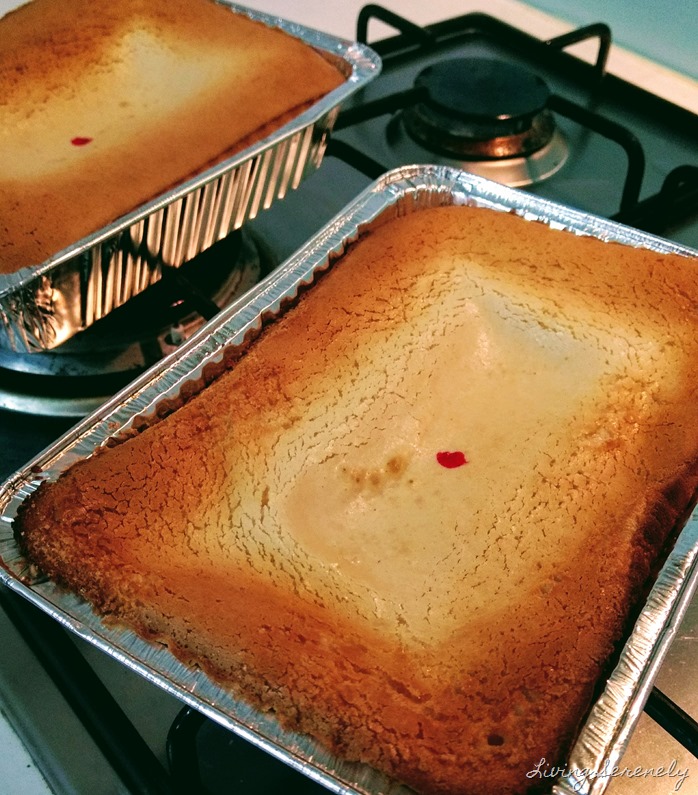 You can store them in the fridge for 2-3 days. Warm them up slightly in the oven for a few minutes before serving. 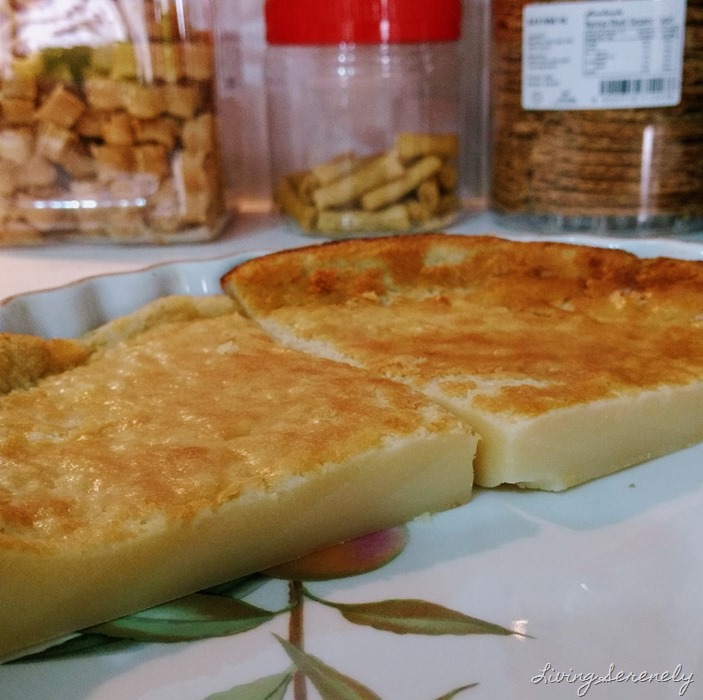