Chinese New Year is generally not officially celebrated here in Australia (no public holiday or big fanfare at the shops). But it is becoming a bigger deal over the past few year, particularly with the increasing emphasis on multiculturalism and embracing diversity.

I went all out this year with all sorts of Lunar New Year themed activities: 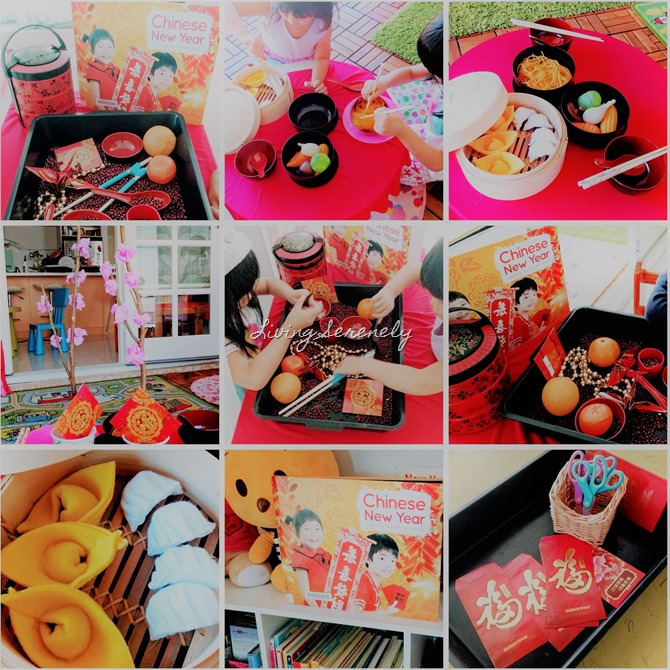 The big favourites were the felt dumplings (which were used in various pretend/imaginary play set ups); and this discovery/sensory tray – the base material used were red adzuki beans (not recommended for babies or very young toddlers) which the children enjoyed scooping and pouring to their hearts content. 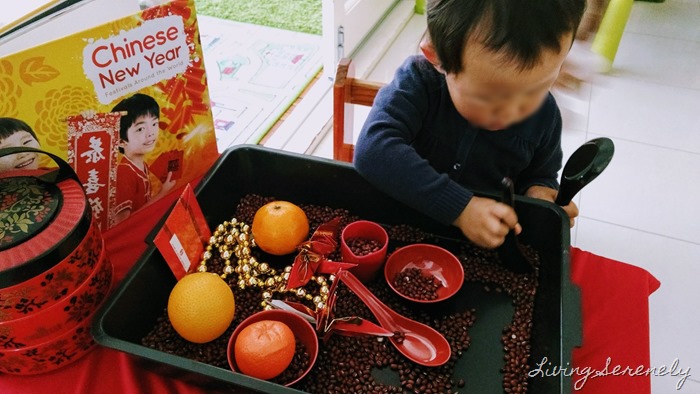 For our own family festivities, I cooked a big family dinner on the first day of the Lunar Year. Then over the weekend, we tracked down more festivities around Perth’s Chinatown in Northbridge…

The kids practiced their Chinese New Year greetings  -“Gong Xi Fa Cai!” (among the few Chinese phrase they know) and collected their seasonal loot of red ang-pow packets from friends and family…

This year's ang pow loot (granted not as many as she would get if we were back in KK or KL, but still not a bad haul)

And we sent out all our good wishes and hopes for the new year as we tossed the ‘Lou Sang’ prosperity salad with friends. Hope you’ve all managed to sample some of the Chinese New Year festivities whether in a big way or at a small scale or even if it’s just a taste of it. Happy New Lunar Year!

Final lohei session for this CNY