Real Hobbies: The Art of Hunting for Your Own Food

I hope you enjoyed reading my previous post in my ‘real hobbies’ series. If you did, I’m sure you have been looking forward to this next post in the series. You’ll probably find this one very intriguing as it is totally different from the last one.

So today’s ‘Real Hobbies’ post features: The Art of Hunting for Your Own Food 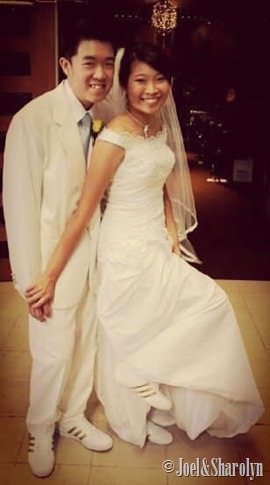 We first met Joel and Sharolyn earlier this year through our church small group. They were warm and generous people who immediately opened their home up for friends to drop by and hang out.

On one occasion, they invited a group of us over to sample Joel’s fresh homemade sashimi. The salmon sashimi was so melt-in-your mouth tender that we just couldn’t get enough of it.

We started talking about food in general, including the where and how to get the best and freshest ingredients. Joel’s solution was mind-blowingly simple but bizarre--head out into the wild and catch your own ingredients!

So here are a few interesting and surprising things about hunting and catching wildlife for consumption.

On spearing fish
Joel is not really into line fishing but his preferred method for catching fish is to spear them straight in the water. Anywhere he can find water, he’ll head in to see if he can catch anything. The most common type of fish he usually catches is sea sweep. Joel was initially a little concerned about talking about this as spear fishing is often seen as somewhat controversial compared to line fishing as it supposedly considered more damaging than line fishing. However spearfishers are actually able to be more selective of what they wish to catch which can be considered more environmentally responsible by some parties.

There’s a lot interesting debate around this topic so it was definitely eye opening to learn about the arguments for ad against the different methods of fishing. 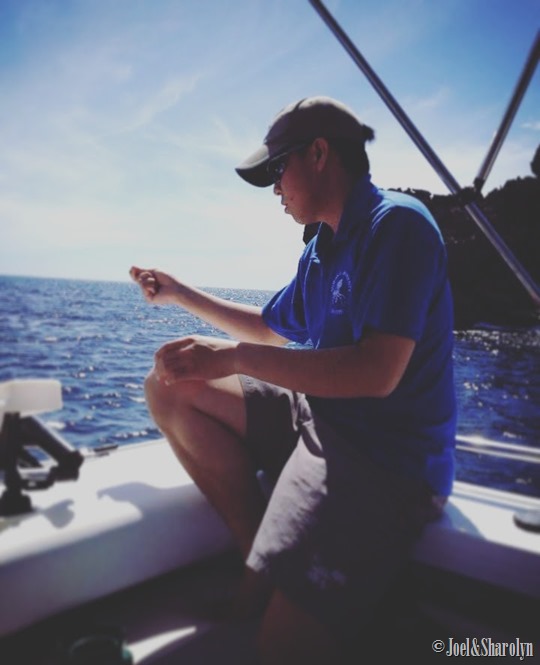 On hunting for pest control
Rabbits, foxes and even kangaroos are considered a pest in many farms in Australia. These animals are considered as pests as they may hunt or prey on farm animals, compete with livestock on grazing pastures, destroy crops and potentially spread disease. So farmers will gladly welcome recreational hunters on their property to help rid them of rabbits. Gun owners can  set up private arrangements with a local farmer to shoot rabbits and other animal pests on their land. Of course you will have to hold a valid license and have all the necessary paperwork for owning and using a gun. Apart from that, you can have free reign to shoot and take home any unwanted rodents and feral animals you come across.

Some birds such as corellas and galah cockatoos are also considered to be pests as they may threaten local native plant and animal species, and destroy farm crops. A number of local councils and communities even work with recreational hunting groups to organise controlled shootings of pest birds when their numbers become overabundant.

Again just like with fishing, there are numerous controversial arguments over the various methods of pest control using guns versus other methods (such as baiting or poisoning, trapping, fencing or using guard animals), however like with any situation one method may not necessarily be effective or sufficient. 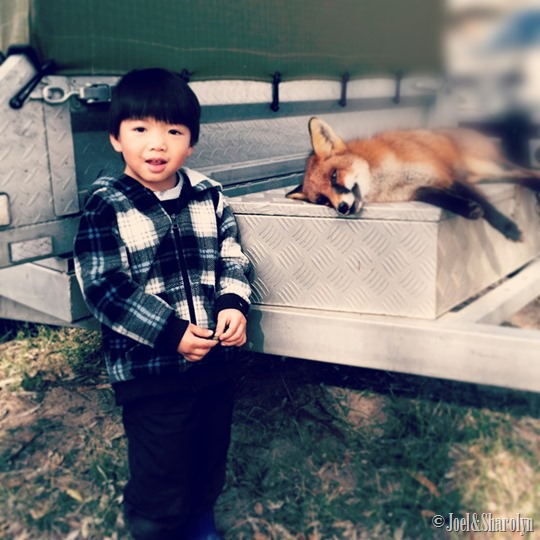 On hunting trips
The best time for hunting animals is at night as most wild animals are nocturnal. So naturally a hunting trip is a pretty involved undertaking, going into ‘the wild’ into remote areas, roughing it out and camping in places with minimal amenities.

Apart from moving stealthily through an area to spot the telltale pair of shining eyes caught in headlights is to use tools like a special fox whistle to call and attract foxes. It almost always works, except perhaps on the most experienced, older foxes who have probably lived through too many such deadly whistle calls.

On owning a gun in Australia
I asked Joel why it was common for hunters to keep more than one gun in their collection. He explained that you need to use different sized guns to ensure different kinds of animals are shot in the most humane way. So for a small animal like a rabbit, it’s best to use the really tiny bullets so you don’t end up blowing them to smithereens, and for large animals it’s best to use large bullets for a swift and instantaneous kill.

There are very strict laws governing the purchase, ownership and use of guns in Australia. Apart from registering and obtaining a firearms license, you also have to undergo safety training courses and provide documentation on the secure storage and safekeeping for your guns and ammunition, which include having a key and combination locked safe which are securely bolted down.

I considered snapping a photo of Joel’s gun collection, but then we decided to think twice to consider the safety considerations and sensitivities on publishing a personal photograph of firearms and weapons on public space.

On the economics of hunting for food
Catching his own dinner was honestly the primary reason why Joel decided to venture into hunting and spearfishing. It definitely makes sense from an economical point of view. Once you factor in the initial investment of obtaining a gun, the cost of each catch ranges from around just 10 cents per bullet for a small animal like rabbits, to two dollars a bullet for larger animals. Definitely beats any price you can get at the shops! 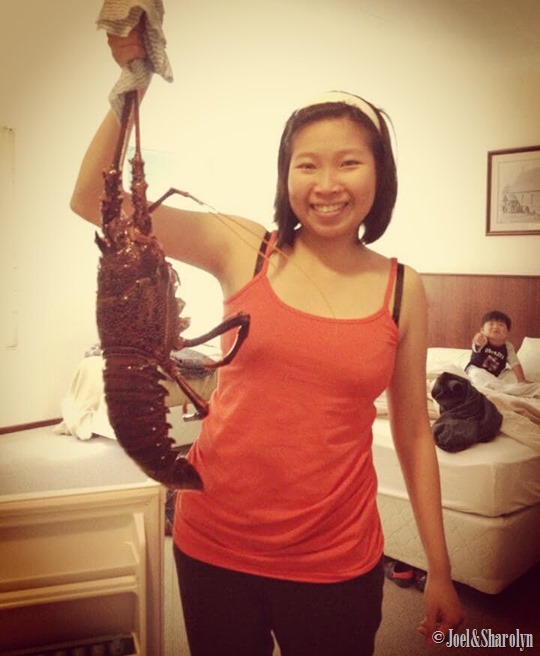 On cooking and eating the catch
During the busiest hunting times of the year, it’s possible for their family to subsist almost solely on whatever Joel brings home from a hunt. Fish is plentiful especially in summer and rabbits are a fairly common catch throughout the year. Sometimes their freezer will be packed full to the brim with cuts of wild game and fish.

The most unpleasant bit of a hunt is probably the skinning and feathering part of the catch. But for a seasoned hunter, it’s just a routine business, accomplished with fairly minimal fuss with a sharp knife and the right tools. Though that being said, skinning large animals like kangaroos is definitely a big job--sometimes too big a job to be worth the overabundance of meat they provide. Furthermore, strict hunting laws only permit consumption of kangaroo game on the farm land they were hunted on. So if you’re planning to shoot a kangaroo for dinner, it’s a good idea to think through your plan for consuming the meat on the spot.

Joel and Sharolyn’s favourite way to cook their hunting catch is sous-vide. Especially with rabbit. It’s clean, simple and almost always guarantees perfectly tender results every time. Actually they love their sous-vide cooker  so much, they pretty much use it to cook everything and anything--even eggs! (I can personally vouch that their sous-vide soft boiled eggs are simply melt-in-your-mouth divine).

I candidly remarked to Sharolyn once that she was lucky to have a real ‘cave man’ who was going out to hunt and catch real live animals and fish and literally ‘bringing home the bacon’. It’s definitely a bonus to have a hobby that can literally feed your family with.

Thanks so much, Joel and Sharolyn!