Just giving a bit of airtime to my favourite little boy in the world. He happens to dressed up here as a pirate for a friend’s Tinkerbell theme birthday party he was attending. What do you think? 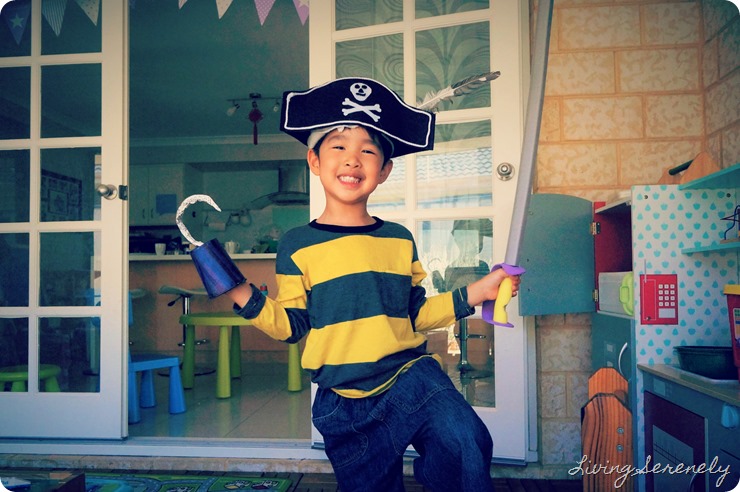 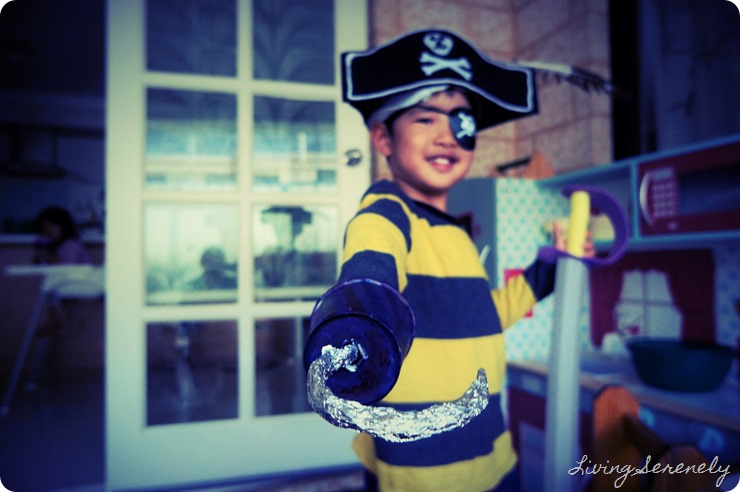 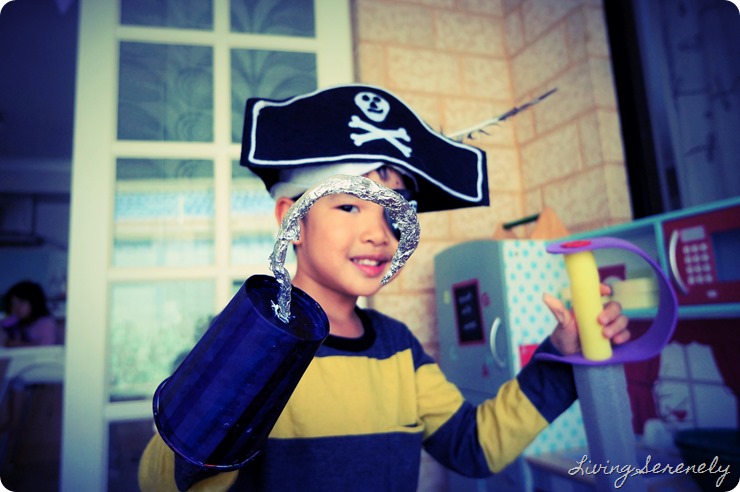 Actually the truth is, this is also meant to be a bit of airtime for the pirate costume I put together on my own—haha! It’s a big step up from the previous pirate set I made two years ago. Nathan was very patient and obliging while I directed him in various poses for this mini photoshoot. But after the sixth or seventh one, he finally told me, “Okay, that’s enough, mummy”. “Wait, just one more, last one!” I protest. “Sigh. Ooookaaay, just this LAST one, mummy”. LOL. Oh dear. What a boy. What a mother!

Dear Nathan growing to be such a terrific little chap. He has such an incredibly kind heart and an inquisitive mind. Lego is still his number one top favourite interest. Almost every day he comes up with the most original and clever creations of his own. He always looks forward to the monthly Lego club session at the local library.

Apart from Lego, these days he’s also very much into reading books about facts and information. That’s the big boy in him I am gradually seeing emerging. Last year every week on library day at school, he’ll come back with a book for me to read to him. I can usually count on it being some funny or whimsical story about dragons or knights or a funny animal character. But this year, I’ve observed a big shift in his choice of books. Last week we’ve been reading about the different species octopuses and squid, this week is a book about dinosaurs, and earlier on it was a book about the history of knights and castles. And of course he always immediately grabs hold of whatever Lego books he can get his hands on at the local library.

At five years old, he is still very happy playing with the two- and three-year-old buddies that come to our house daily. So there’s still lots of giggly chasey games, dress ups, pretend tea parties and dragon hunts. But every now and again, I might see him retreating away to read a book on his own. Sometimes he might say to me quietly, “Okay, that’s enough now…. mummy, can I go the other room and play with my Lego by myself?”. “Sure, of course you can, dear”. I tell the little ones that kor-kor needs some alone time now. Then I glance up at that five-year-old in the other room out of the corner of my eye, his face deeply focused in a Lego construction or flipping through a ‘Lego ideas’ book at the table.

For now, I just felt I needed to remember my five-year-old just as he is right now. And simply freeze the picture here. Just for a little bit.