I make it no secret that I love boys. I love having a little superhero, prince charming, knight in shining armour, pirate, policeman and fireman around. Plus it’s good to have someone you can call on whenever we’re hit with a big dragon or monster infestation at our place.

But make no mistake. I’m a big advocate for girls as well. 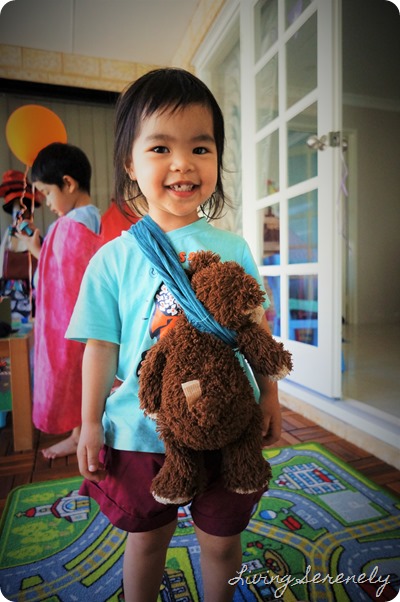 When Grace was born, I resolved not to fall into the usual girly-girl practices. I avoided surrounding Grace with pink and frills. I encouraged her to play with trucks and trains and Lego. I let her dress up in superhero capes. I consciously avoided always letting her have the pink bowl or pink cup.

Despite all my efforts, I cannot deny that I am still a mummy to a little girl.

And little girls are meant to be dressed in floral, frilly things. 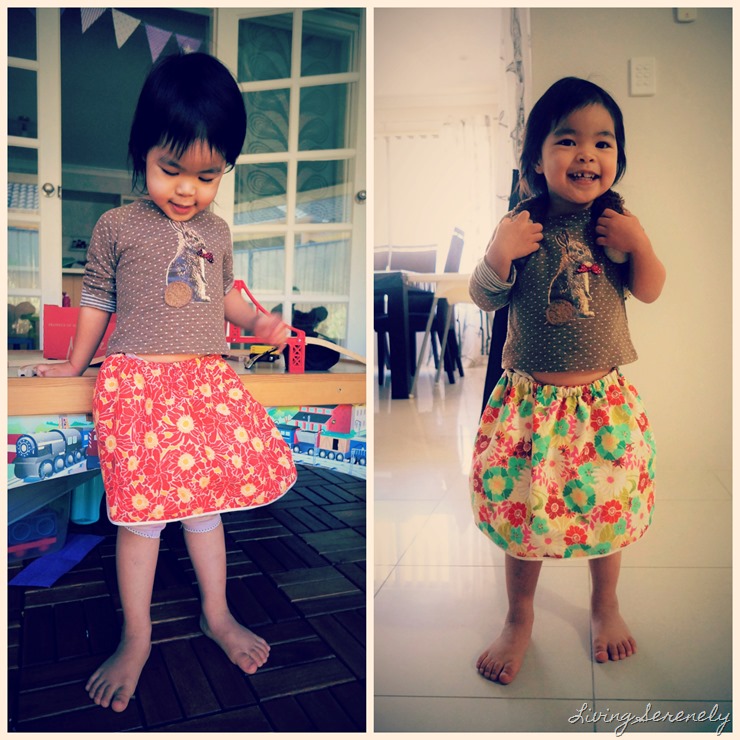 { A floral reversible skirt custom-made especially for my little girl }

A couple of weeks ago, Nathan was enjoying his afternoon tea in his usual leisurely manner. Grace had already chomped her snack down and headed off to play. Nathan was taking his time to slowly nibble and savour a crispy rice cracker spread with cream cheese. Grace wandered over and noticed Nathan munching happily away at his cracker. She immediately demanded one. I told her she already finished hers and that she told me earlier that she was done. So she did what any good chomper would do. She leaned forward and took a big chomp straight off Nathan’s cracker while it was still in his mouth. Which of course did not go down well with her big brother at all. It was all I could do to keep my face straight as I firmly told her that we do not chomp on other people’s food. Especially not while it was still in their mouth.

Then last Wednesday, as my two kiddos were contemplating what movie or programme to watch as part of their post-bath-pre-bedtime routine. Grace suddenly piped up and said she wanted to watch ‘Tinkerbell’. Nathan as usual wanted to watch his current favourite ‘How to train your dragon’ movie. He has been watching it for the past two weeks almost every evening which Grace had been willing and cheerfully watching along with him all this while. So I suggested that since Nathan has been choosing to watch his favourite show for the past fourteen evenings that maybe Grace should have a turn. Nathan of course protested this suggestion. So I said the two of them would have to work it out between themselves. And so the ‘Tinkerbell’ vs. ‘How to train your dragon’ argument ensued.

Nathan, unable to contain himself any longer, burst into tears. Grace quietly watched her big brother sobbing for a few minutes. Then she changed her tone completely and very gently said to Nathan, “Kor-kor, you want watch dragon, okay?”. In the end, I got Nathan to work out a deal with Grace promising to let her watch ‘Tinkerbell’ tomorrow. They had a good, chummy time as usual afterwards snuggling down to watch ‘How to train your dragon’ for the hundreth time together. The truth is (as you can probably guess), Grace doesn’t really mind what show they’re watching as long as she cuddling up to her favourite boy in the whole wide world. 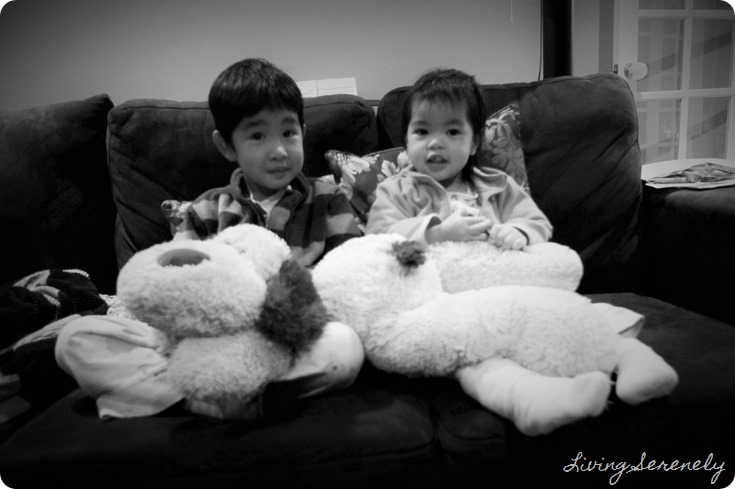 Another great thing about having a little girl: Going out in matchy-matchy outfits together. Just because we are girls. There’s a girly-girl inside all us girls. So why fight it? In any case, it’s not pink. 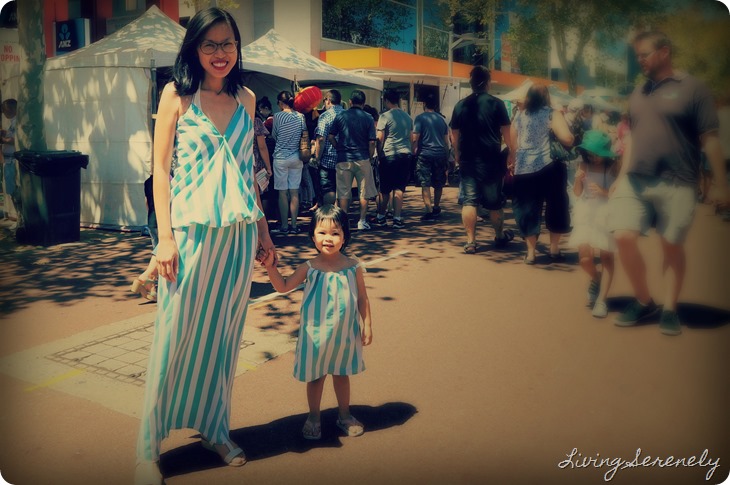 I shall end this post with this black-and-white back shot of Grace and I. Because it looks artistic and because I like it and because I simply want to use this space to show our matchy-matchy outfits just a tad bit more. 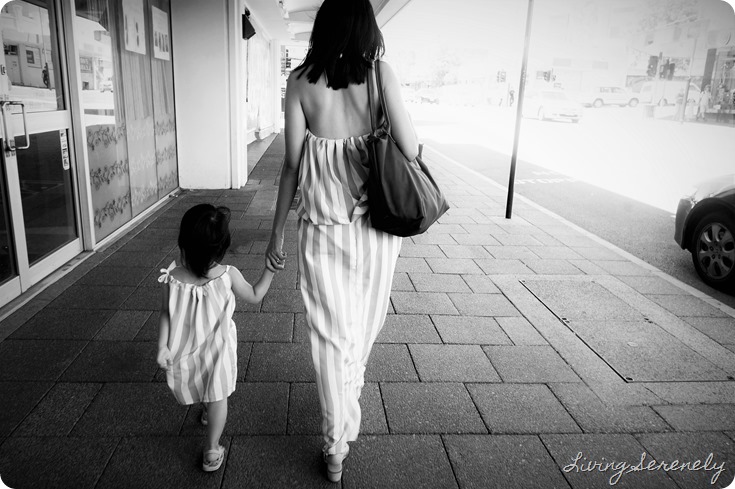