Leading up to Five

So in my case, that’s five years.

And five years with this terrific little fellow. 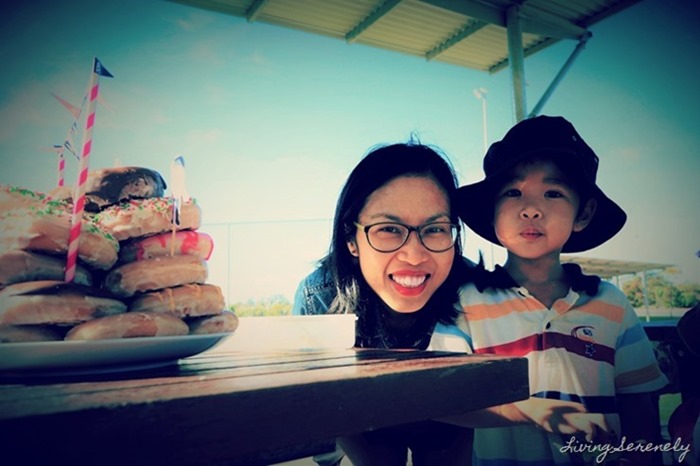 So what has this past year leading up to five been like?

Well in a few key words, it includes…

And Lego. Lots of it.

For his birthday, hubby and I bought him this mega-sized Lego City police station set. Actually we bought it during the Boxing Day sales the previous year and intended to keep it as a surprise for his fifth birthday. As hubby was discreetly trying to sneak away to pay for it, Nathan spotted him and asked who it was for. So we had to tell him the truth. He was very cool about the whole thing and having to wait for his next birthday before he could play with it. He did refer to it and mentioned it at various times throughout his past year, but never once demanded or asked for it. What a tremendous display of delayed gratification for a five-year old.

And so, after one whole year… FINALLY! 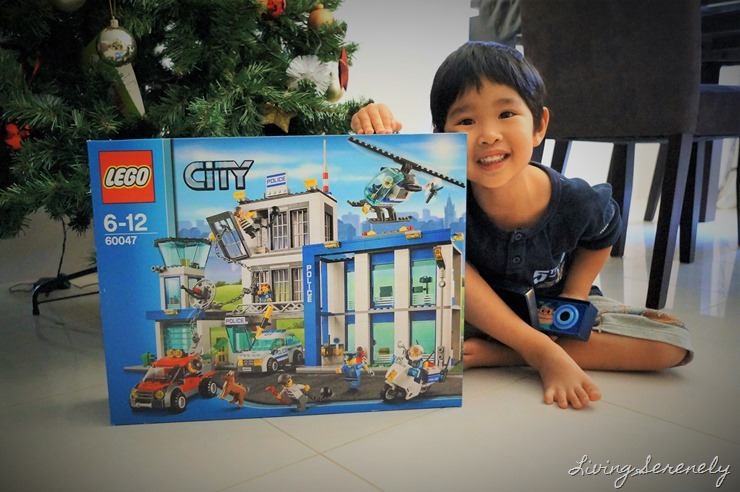 Nathan set to work immediately putting it together himself. He’s already quite an expert at assembling Lego models and sets together on his own and following the step by step instructions in the manuals. Here he is posing proudly with his masterpiece. 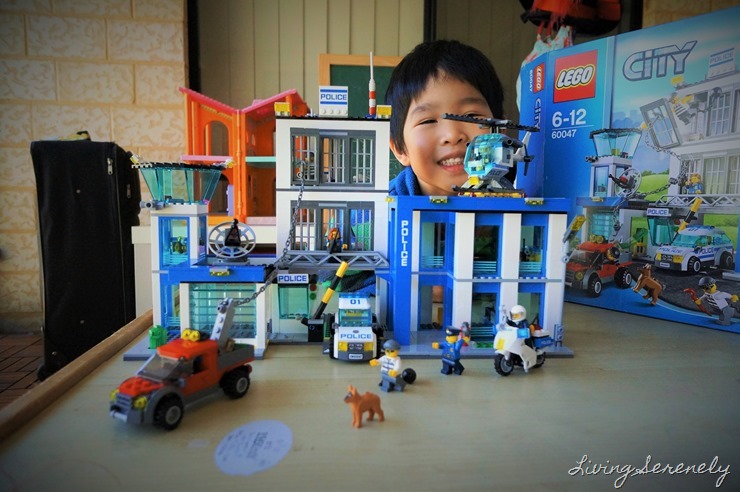 I remember when he was two years old, I wrote a post for him and described him as ‘The Boy with No Fear’. However I learnt that children constantly evolve and change. I don’t think I would describe him now as either fearless or fearful. I believe his fearlessness at that age was simply an indication of his inner personality. There are definitely things now that do scare him as he continues to learn and encounter the world around him.

Yesterday when we were out at the shops, there was a giant Lego mascot walking around waving and greeting everyone. “Do you want to go say hello to the Lego Man?” hubby asked the kids. “Yeah!!!” exclaimed Grace enthusiastically. As we approached the mascot, Nathan grabbed my arm, hung back and told me he felt scared and did not want to say hello to the Lego Man. On the other hand, two-year old Grace approached the mascot curiously and touched the hand the mascot held out to her in amusement.

Later on, Nathan explained to me “You know, last time I was not scared of the Spiderman at the shops because I know he is a person, but I don’t like the Lego Man because he is very big. The Spiderman was a person. I am not scared of people”. And I knew that was true. Nathan never hesitates to greet and say hello to strangers we encounter at the shops and ask how their day is going. And he is my constant reminder in giving a kind word to the cashiers and shop workers we meet.

So fear and fearlessness are a relative thing. And that’s a universal truth.

What seems scary to me may not necessarily be scary to you. And vice versa…

“I don’t know how you do it! How could you look after four young children all by yourself? I could never do anything like that!”. This is the most frequent response I get when I tell people what I do for a living.

I shall tell you one of my secrets of how I manage to do it.

It’s with the help of this fellow… 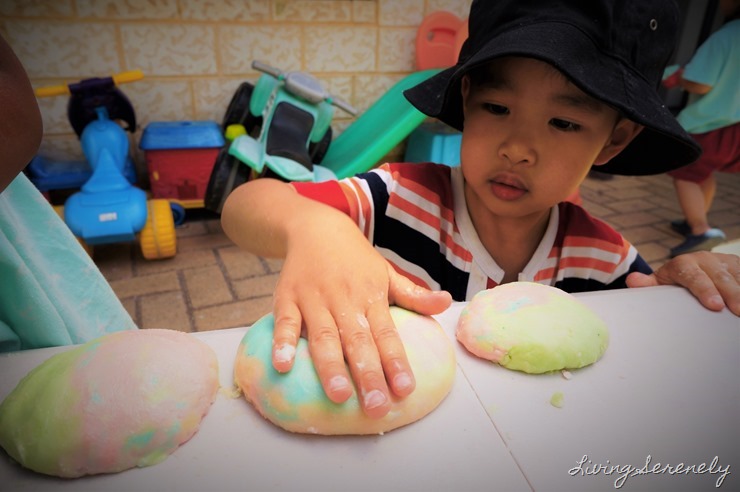 Before you dismiss this supposed revelation as some cliche remark about a helpful boy who runs around retrieving things for me or helping to tidy things up, it’s really more than that.

In my Early Childhood Education diploma studies, one of the key theorists I studied on child development  was a guy called Vygotsky. He advocated that children learnt primarily from ‘more knowledeable others’ which include other children and peers.

This is actually a pretty critical revelation.

Some parents complain to me, “Look at how independent your kids are. My children can never play on their own like that”. I used to wave of remarks like that modestly saying that all children can play independently, they just need some time blah, blah, blah.

But as I’ve observed how the other children under my care are growing and developing. I really need to give a lot of credit on their learning to the ‘big brother’ Nathan playing alongside them. Sure, I set up the resources and activities for them. I read to them and faciliate intentional teaching sessions with them. I put together art and craft examples for them to follow or encourage them to draw and paint freely.

However once the little  hands get busy and the play gets underway, oftentimes the real learning and teaching happens with each other. Nathan leads and teaches play by example. As the younger ones watch him busily manipulating blocks, creating with playdough, or dressing up, it fuels their own imaginations and ideas on how to create their own play.

They watch Nathan stack the blocks. “I’m making a castle!”
“I make castle too!”.

They follow Nathan as he marches around the house. “I’m a knight hunting for dragons!”
“I hunting dragon too!”

They observe as Nathan puts on a cape from the dress up box. “I’m Superman to the rescue!”
“I Superman too!”

On paper, you might think I’m describing a very bossy young man ordering everyone about. But in truth he does it in such a big brotherly kind of way, that it doesn’t really feel too bossy at all. And I don’t believe it would be the case if everyone is being included and happily laughing and playing together.

This year, our Nathan will be heading off to pre-primary. So he will be away at school five days a week during the term. We will all miss him tremendously. Especially me. But I believe he has trained his successors well to take over the lead in play. And anyway we’ll stil have him with us in the afternoons and during school holidays.

Dear Nathan. I am so enjoying this season of childhood and play with you. The doors and windows to your world are still wide open for me to visit and traverse anytime.

I hope not to miss a thing.