This past week has been all about snails.

The children are always fascinated by the snails in our garden and ask endless questions about them.

A couple of weeks back, one of my boys stumbled across a snail crawling along the ground. He excitedly announced his discovery to the rest of the kids. Everyone hurried over and spent ages watching it slowly moving across the ground. Then one of them picked up a small rock and placed it right by the snail. Grace followed suit and picked up another small rock and placed it next to the first rock. “I feed the snail!” she declared proudly. “Hmmm…Snails don’t eat rocks… they eat plants” I gently told the children. “Oh! This one?” said one of the kids, plucking a blade of grass and then attempting to feed it to the poor snail.

I decided it was probably a good idea to focus on snails in our next learning plan to set some snaily facts straight with my kiddos.

We started off by reading a few books about snails…. 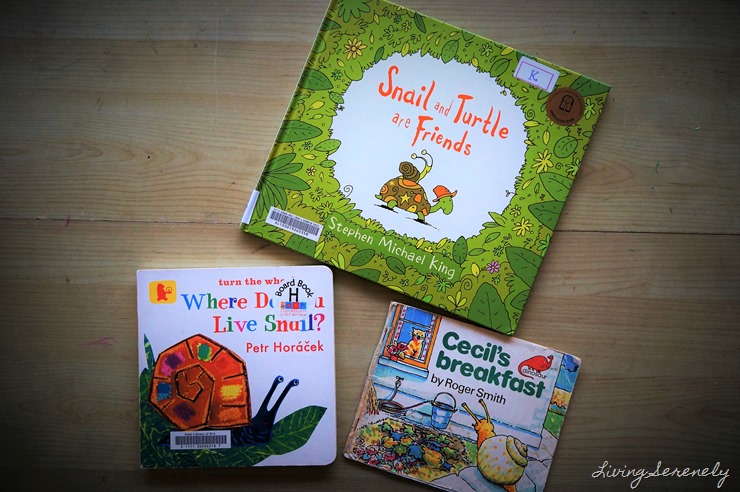 I also told the children a traditional Korean folktale about ‘The Snail Lady’ using our felt board characters, with the addition of a felt crown for the bad king, a magic ring and of course the snail. 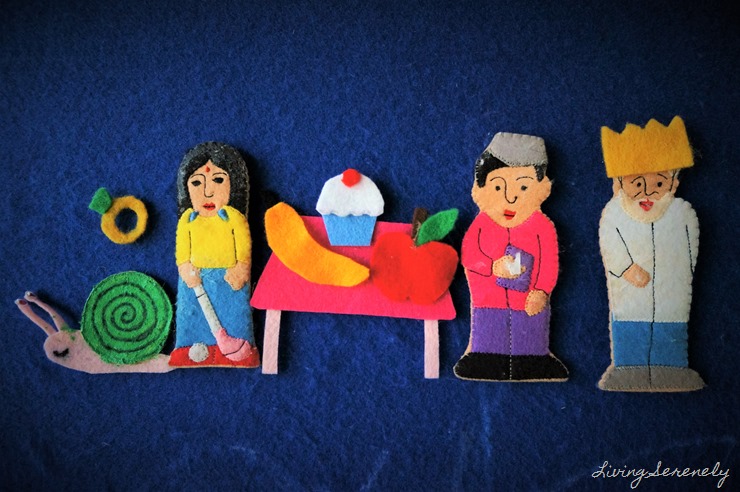 We got busy with our hands making some snail crafts…

We enjoyed some yummy snail snacks… 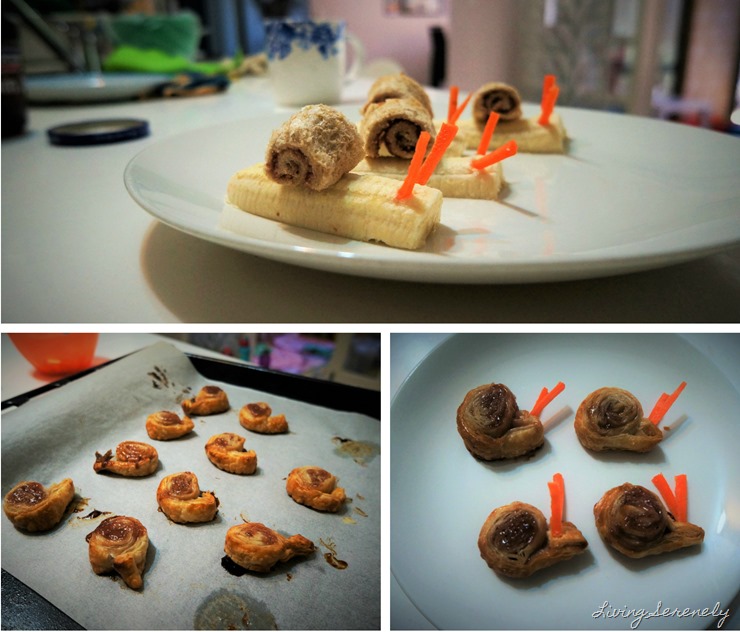 And the pièce de résistance for our snail week: Our very own DIY snail home with a real life snail pet.

The weather turned suddenly very hot and dry recently so we had a lot more trouble than usual tracking down live snails. We found plenty of dried up empty snail shells, but no snails in the usual popular hiding spots for snails in our garden. Finally one of the boys found a tiny one wedged in the corner of our front porch. I was sure that it was already dead. But they children insisted that it wasn’t. So gently picked it up, placed it in an empty container. sprinkled some water over it and set it aside. Ten minutes later, I went to check on it and found a small bit of grey slimy flesh emerging with two antennas peeking out from the little shell. 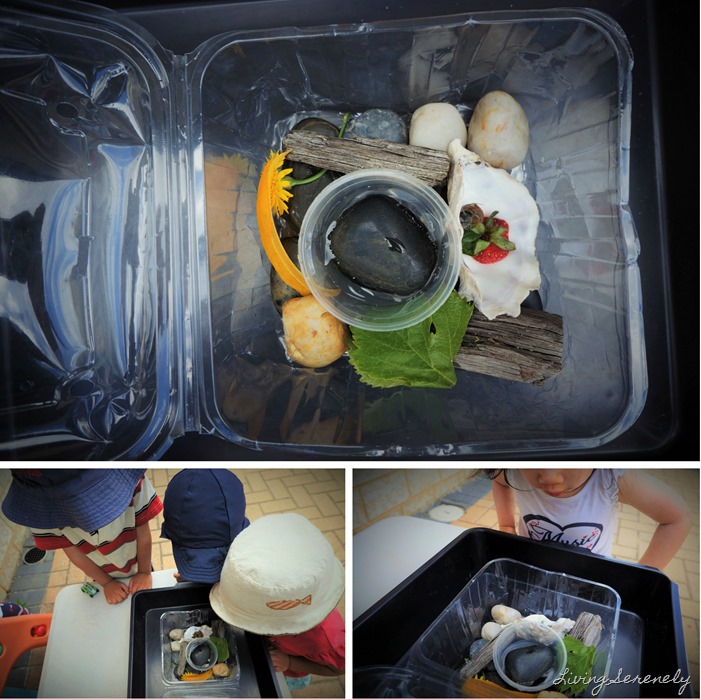 We made a home for it using a large plastic strawberry container which had some holes on the lid for ventilation. The children helped to fill the box with various natural materials like pebbles, rocks, bits of wood mulch and a few fresh leaves. I filled a small plastic container with water and placed a rock inside it to weigh it down and also for the snail to access the water without accidentally falling in and drowning. I added an empty abalone shell as a sort of ‘food bowl’ to place any fruit and vegetable scraps in. 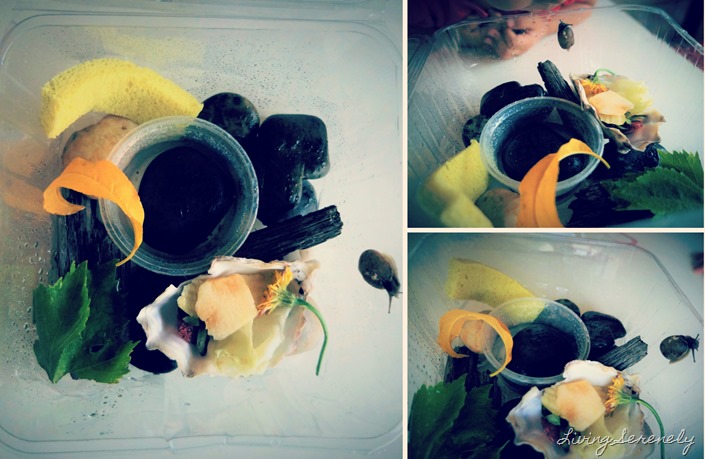 The children have been eagerly observing our pet snail daily. Though most of the time throughout the day it doesn’t move much. But snails are supposed to be nocturnal creatures anyway. And we always notice a few extra nibbles in the vegetable scraps every morning and the snail nestled in new spot.

So far we’ve tried feeding it apple and potato peelings. lettuce, and strawberry tops. Lettuce seems to be the most popular item on the menu. From time to time I gave the box a little watery mist with a spray bottle. And I added a small damp sponge inside as well to help keep the atmosphere in the container moist.

And here are some links I found helpful in setting up our snail home: