“Just Can’t Wait To Be King”

Do you remember performing in one of those obligatory kindergarten concerts as a child?

I remember having to dress up in a super frilly dress, and having make-up on… very red lipstick and very pink cheeks. The performance itself was a blur which I barely can remember now. I was only four or five years old then. I do remember enjoying the feeling of having make-up on. It felt very grown-up.

Hubby remembers his kindergarten concert. He told me he had to wear make-up too. He distinctly remembers the weird sticky feeling of having lipstick on, and walking around his lips pouted out the entire time because his lips felt so weird.

The circle of life goes on, and now we’re back again at the scene of a kindergarten concert performance. Though this time it’s not us wearing the costumes and make-up. We are now the paparazzi parents in the audience with our eyes glued on the little orange-maned lion on the far right. 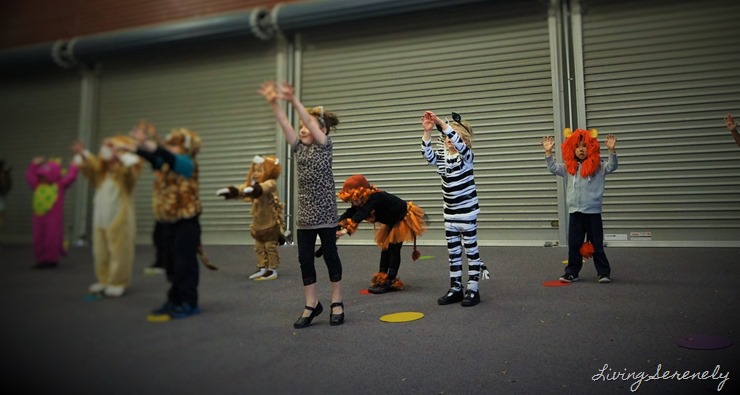 Nathan distinctly requested a lion costume for his performance as they were dancing to “I Just Can’t Wait To Be King” from The Lion King. We scoured several shops for lion costumes (or any African or jungle animal costumes) to no avail. Some of the other mums in the class ended up ordering their costumes online. But I preferred not to take that route, plus by then I was already short on time.

Thank goodness for the internet and the power of Pinterest. I found this marvellous DIY lion costume idea. So on Sunday morning we headed to the local swap market and I picked up this hoodie for one dollar. The yarn was from Spotlight for $4.99

Total cost of materials: $5.99
Total labour time: around one hour plus on Sunday afternoon. 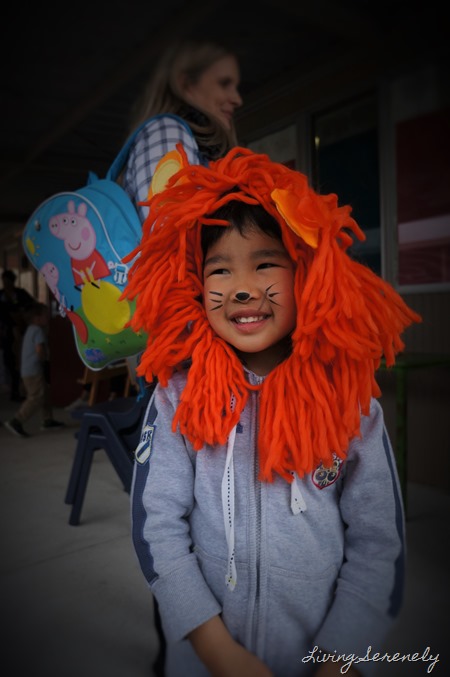 I have to say I was pretty stoked with my handiwork. I think I was more excited about the costume than Nathan was. But he was pretty pleased with it overall.

I just burst out laughing on the spot. And hubby got out the video camera to film the whole dramatic scene that was unfolding. It was pretty terrible of us considering her terror was quite real. Eventually we got Nathan to take the costume off and I explained to her that it was not a real lion. Just kor-kor Nathan in a costume. She calmed down enough to come near the costume to examine it although she still refused to touch it.

I’m not sure if Grace’s reaction is a statement of how much the costume resembles a real lion… or if it resembles something else entirely unnameable.

Either way, I’m just proud of my little lion cub. (And of myself for putting that costume together in less than a day!)