There are a few places from my childhood that still hold a special place in my heart. I call them the playgrounds of my childhood. These are the places that hold some of the happiest moments that still shine crystal clear in my memory to this day.

I still remember the very first time I stepped foot on that island with my family.

I really believed I had stepped onto the most beautiful place on earth.

I remember I walking along the newly constructed jetty for the very first time. I could still smell the lacquer on the dark wooden beams. I remember gazing in wonder at the crystal clear water below us. I could see right through to the coral reefs and the myriads of rainbow hued parrot fish, clownfish, butterfly fish, angelfish. I even saw numerous starfish and sea cucumbers lying on sand right at the bottom of the seabed. The white sand on the beach looked so clean and fresh.

We swam and snorkelled and played in the sand for hours until we got properly sunburnt. When we got hungry, we ran back to our picnic spot where my dad was barbecuing sausages and chicken wings for lunch. My mum was unwrapping the foil off the sweet potatoes, corn and fish they had cooked on the grill. The food all had the ashy taste of charcoal on them. But they seemed to add a unique extra flavour to the food.

Later that evening, we saw some local fishermen paddle up in their boats to show us their catch. I remember the green luminous florescent glow of the water under their boat as it skimmed across the waves. We looked curiously at the odd assortment of sea creatures they had for sale. Silver scaled fish which had a bit of a rainbow glint as the light shone on them, prawns, squid, octopus.

We spent the night in one of chalets on the island. I can even remember the raw feeling of my sunburnt skin rubbing against the sheets on the bed I slept in.

I have many other happy memories tucked away of trips to this island with other families and friends. All those memories are packed to the brim with roars, screams and shrieks of laughter. We laughed so much until our sides hurt and left us gasping for breath. Those are the best kinds of laughs. I still smile and chuckle now when I remember the silly jokes that set off those laughs.

I know for a fact now that Manukan Island is not actually a world class island destination. There are probably hundreds of other islands around the world that can lay better claim on that title.

But in this corner of my mind, this island is the most beautiful in the world to me.

It’s been over fifteen years since I stepped foot on this island.

There was no disguising the weather-worn look on the jetty. The water had lost some of it’s sparkle and crystal-clear purity. The coral and fish were decidedly more sparse. The beach was scattered with more bits and debris than what I remembered.

I grudgingly had to admit that the place had lost a bit of its magic. Or was the difference just me?

This time round, I returned with two new little playmates. 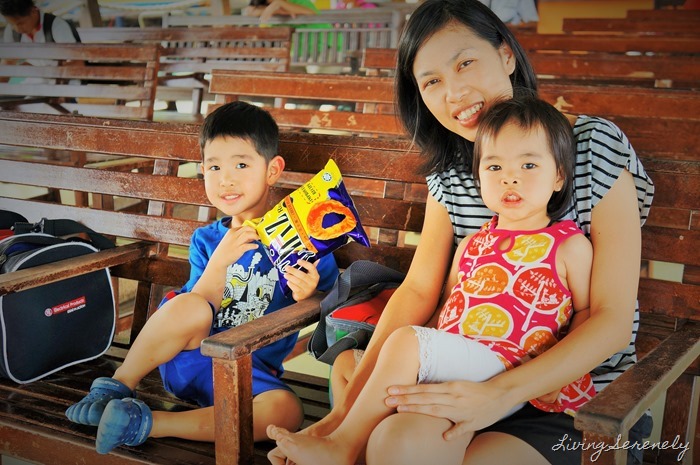 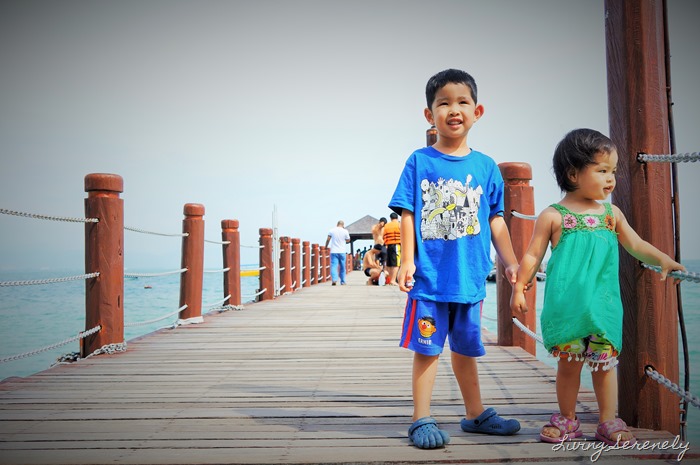 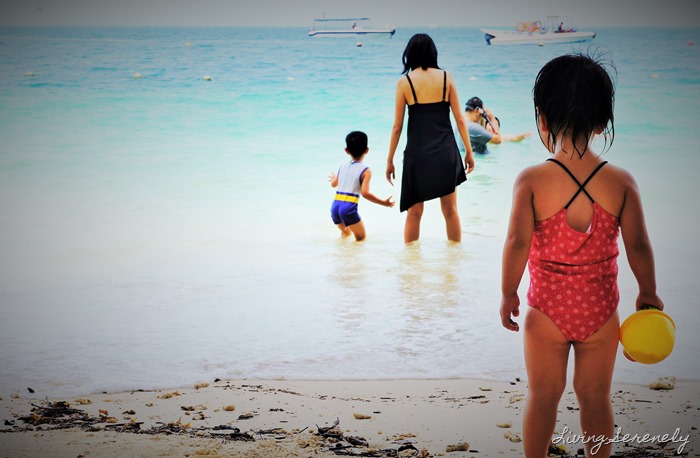 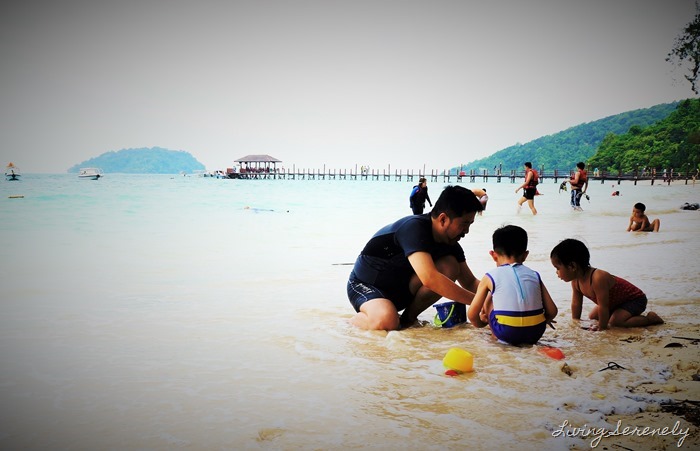 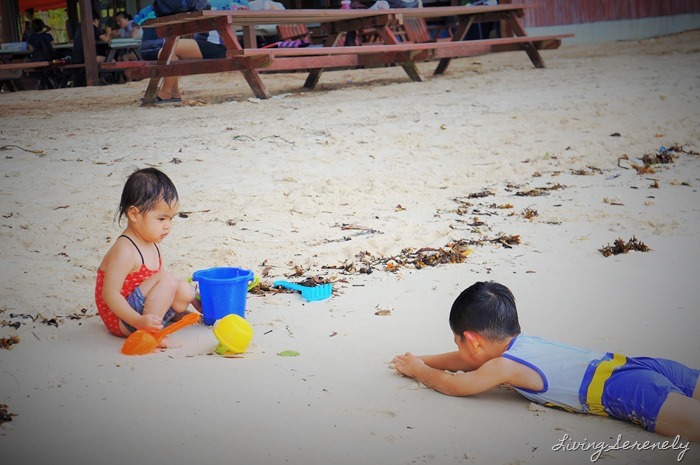 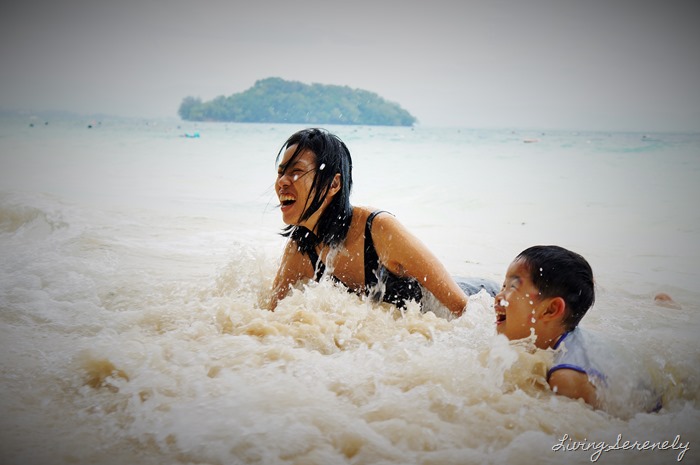 I concluded that for the most part, the truth is:

We bring our own magic to a place.