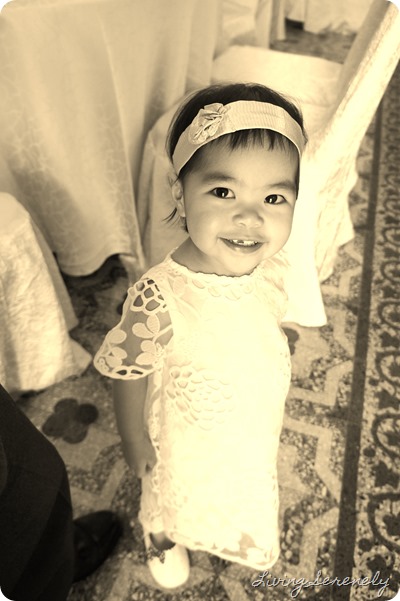 Our dearest little Gracie turns two in just a over a month.

I’d forgotten how delightful two can be.

Her hilarious and quirky antics. Her funny toddler speak. Her round squishy belly and wiggly tushie. And her innate curiosity about all things practical and tangible around her.

Food is still very much an important part in her life.

“I want eat….. that one!”
[This is chilli, Grace. It’s very spicy]
“I want eat chilli.”
Daddy insists on giving Grace a taste anyway despite mummy’s protests.
[So do you like chilli, Grace?]
Grace makes a grimace but nods her head anyway. She didn’t ask for it again, though.

She is decidedly vocal on what she wants and doesn’t want.

She exerts the classic toddler’s strife for independence.

She asks a multitude of questions, which often do not necessarily make sense.

“What you doing, mummy?”
[I am writing some notes]
“Whyyyyy, mummy? Why nooots?”

“What’s that mummy? Is that yellow?”
[Yes, Grace. It’s a yellow nappy]
“Whyyyyy, mummy? Why yellow?”

She enjoys talking to her daddy and insists on her share of talk time at the dinner table (even though she currently lacks the vocabulary to support her content).

[So what did you do today, Grace?]
“Daddy, today I……. errrrrrrr………”
[Did you go to the library?]
“I go libree….… and today I errrrrrr……..”
[And you borrowed some books?]
“Burrow book! And errrrrrrr………”
[What did you play today?]
“Today I play…….. errrrrr…….”
Nathan interjects at this point to try and explain what they played
“Ai! Ai! Aaaaaiii!!!!!” (Grace shrieking and waving her hands to reclaim the spotlight)
[I think Grace hasn’t finished talking about her day yet.]
[But Grace don’t know how to explain  properly --Nathan]
[I know. But let’s let her finish anyway.]

Two is just lovable and huggable and squishable and altogether crazy delightful. 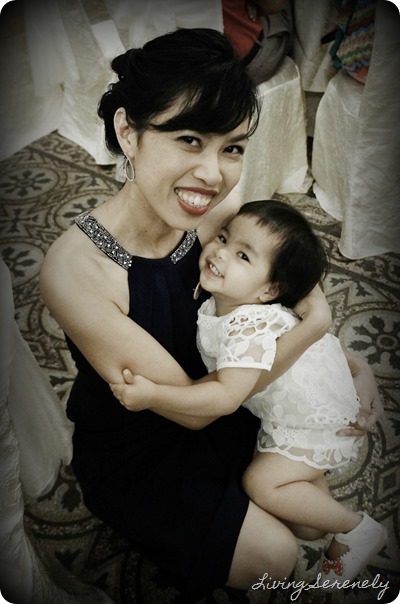