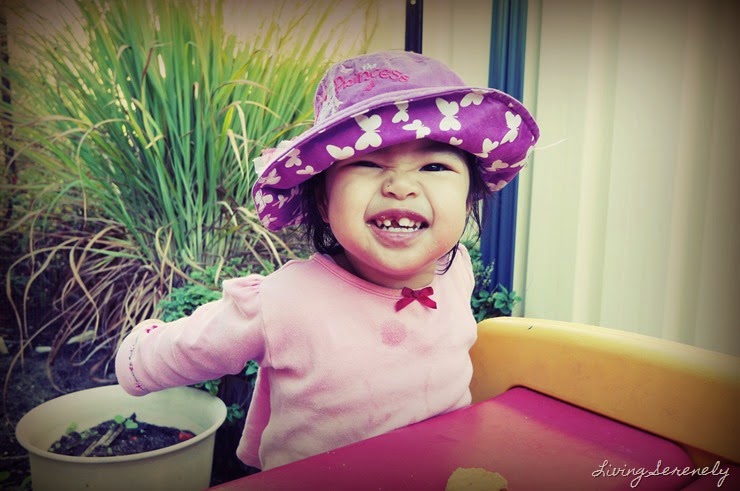 So I thought some of you might like to have a little update on how things have been since the big drama with our dear little Gracie’s accident that resulted in this gap-toothed smile you see above.

I was pretty messed up about the whole incident for a while after it happened. I thought ahead of all the photos we’d be taking of her for the next few years… and that sad little gap in her smile.

But like most things, we soon settled into the new normal.

I read on a few forums of parents who had gone through the same thing that they eventually grew to like their child’s new gappy smile, that it gave their face a bit of an edgy character.

Grace’s has a pretty edgy character anyway. So she has been carrying off her new look pretty well.

There are a few other apparent changes in habits and lifestyle for Grace that came with this new look. For one thing, she has been doing drastically less of this. Some of her favourite foods like corn-on-the-cob are now a lot trickier to manage. And she’s learning to break or tear off her food into smaller pieces before putting into her mouth (albeit to previously stuffing down the entire thing in one go)…. most of the time anyway.

But she’s still a foodie at heart.

And still is and always will be… 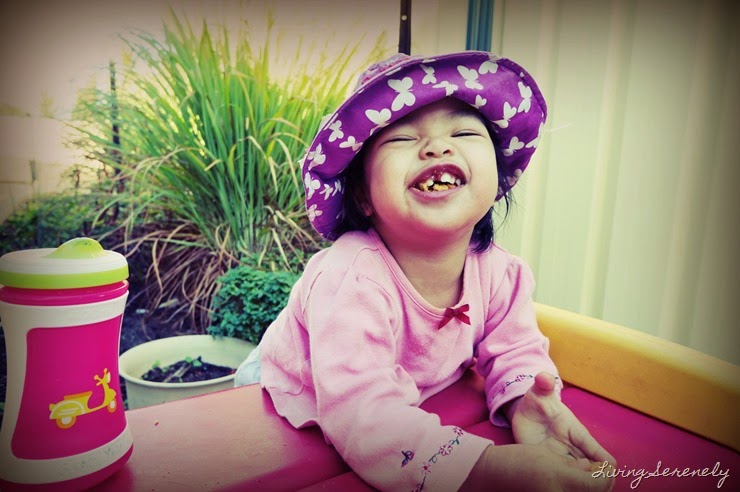 P.S. A song by Steven Curtis Chapman that really spoke to me about the grace and goodness of God.

“I would have lost heart, unless I had believed
that I would see the goodness of the Lord”"
in the land of the living”
Psalm 27:13