With all the big things that have been happening with Nathan lately, I think we should now switch the spotlight to our little Gracie… 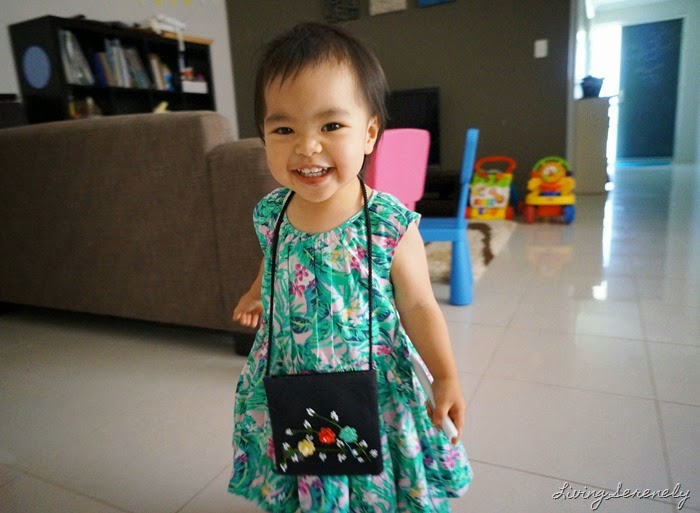 She’s turning out to be the sweetest, smiley-est, funniest little girl with a real quirky little character of her own. Here are a few fun facts about her…

Her self-created nickname: CeCe / Xi-Xi (her version of ‘Gracie’)

Favourite song: ‘Love is an open door’ (from ‘Frozen’)

Favourite food: Pretty much anything and everything. Except eggs--not that she’s allergic to them or anything like that. She simply doesn’t like them. (Sigh. Yes. I know).

I started to compile a list of words she can say and I realised that the list is actually quite extensive. We are now at the stage of having fairly meaningful short conversations with her. So I thought I’d share some of the typical exchanges and conversations we have with her throughout the day…

If she has a little tumble…

When we’re getting ready to head out…

Sometimes after putting her down to sleep…

Grace: Maaaahmeee!!! Maaaaaaahmeeeeee!!! (*with pathetic wails*)
Mummy: What is it Grace? What happened?
Grace: (*In a teary voice*) Momoooooo…
Mummy: Oh, I see you dropped your Momo. (picking up her lovey from the floor)
Grace: Ten-too… (*sniff sniff*)

In the reading corner with her big brother…

When she wants something frantically…

When she needs help with something…

You’ll probably notice a pattern happening there. She has a bit of a flair for drama. Paired with her older brother’s super-active imagination, you can bet that a lot of weird stunts and funny business get pulled around here. But of course, plenty of incredibly sweet moments as well.

So this is our life now. Living with Grace!