Sometimes you just have to wait

So we’ve just made it through our first two weeks of big school. Nathan has settled quite nicely and looks forward to each session of school (in Australia, Kindergarten classes run only 15 hours per week). He enjoys playing with the classroom toys and the playground, and he’s already made a new best friend. 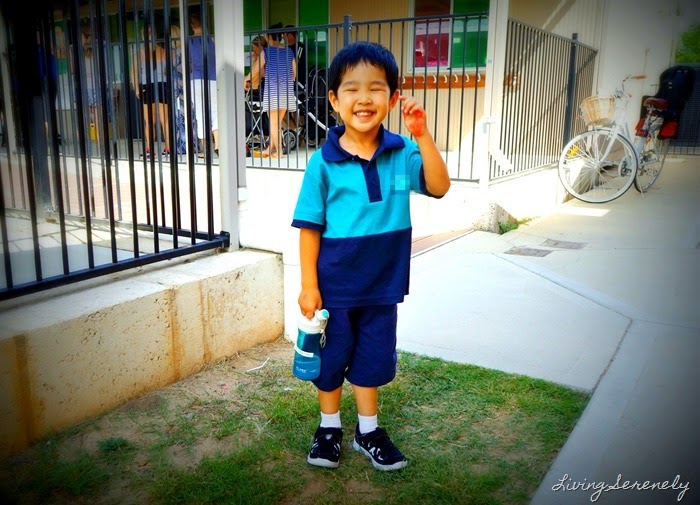 Everything was almost absolutely perfect except for one little transgression I made as a new schoolie parent last week.

I was late. For pickup time.

Granted, my situation is not typical of most other schoolie mums. I am also managing a home-based family day care and juggling a routine with three other small children.

Last Monday was Nathan’s first full day session to three o’clock. It was definitely a bit of an adjustment for everyone with the timing cutting so close into our usual nap time. And it so happened that Monday I had all my best sleepers in care that day.

I had planned everything down to tee. I adjusted everyone’s naptimes slightly earlier so we could be up in time. I had the pram all set up and ready to go. And everyone’s hats and shoes all laid out. But that day just seemed to be one those sleepy days that was perfect for snoozing.

As I hurried out of the house, I heard the school bell ringing in the distance. I knew all the other parents  would already be waiting outside the classroom to greet their child as they walked out the door.

Seven long minutes later I finally arrived at the door of Nathan’s classroom.

And there was my Nathan. Sobbing as if his heart would break. And mine did too right at that moment. The teacher explained the situation to me. But I could already picture it in my mind. Nathan waiting and watching each child walk out of the classroom to the waiting arms of their parent. One after another, and another, and another. But I was not there. Seven eternal minutes of waiting before he finally broke down.

I knew the feeling exactly.

Because I had been in that very same place 27 years ago. Waiting to be picked up after school. Waiting until everyone else had gone home and I was alone. Waiting until the sky grew dark and began pouring down with rain. Waiting until I was drenched wet to my skin as the rain poured down harder. Waiting as a million horrid thoughts began creeping into my head as I stood there sobbing and wondering.

Eventually I found my way home. Or it found me. In the form of a teacher who happened to be working late that day and found me waiting alone in the pouring rain. She bundled me into her car and drove me home.

I don’t remember my parent’s reactions exactly. They were probably upset with themselves. Upset with each other. Upset over the whole situation. It was the age before mobile phones and my dad had been stuck in a meeting he couldn’t get out of. And my mother was probably trying to figure out what was going on and where we were. But I didn’t care. I was just so relieved to see them. And so glad to be home.

I hugged Nathan for a good five minutes the moment I saw him until his sobs quietened down.

“Mummy, I was waiting for you so long.”

I know. I’m sorry I was late. I was walking as fast as I could.”

“I missed you too. I kept thinking about you all the way as I walked here.”

“I was thinking about you too. Can we go home now?”

Of course afterwards, Nathan and I talked through what had happened and ran through different scenarios to help him understand and process everything. Being the smart kid he is, he caught on what I was trying to get across right away. But I think the hardest thing to deal with is handling the unknown.

Nevertheless, as much as I shall strive to avoid it, I know that this might probably not be the only time this will happen. Waiting and managing the unknown is a part of life. I shall probably never know exactly why I had to go through that waiting experience in school 27 years ago. What was the point of it? I don’t know. Did I learn anything deeply profound from it? Not really.

I guess in life, sometimes you just have to wait. 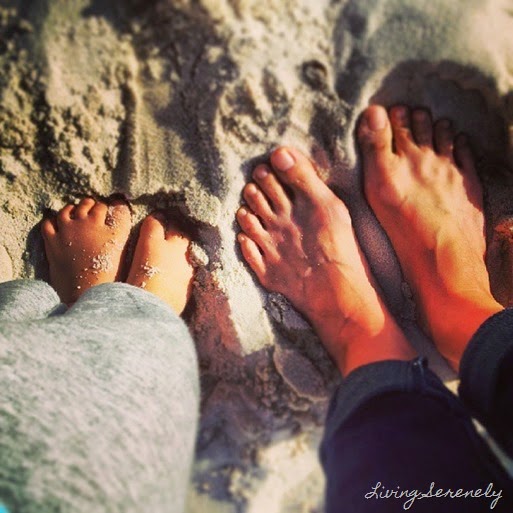