Sending my little man out into FOUR 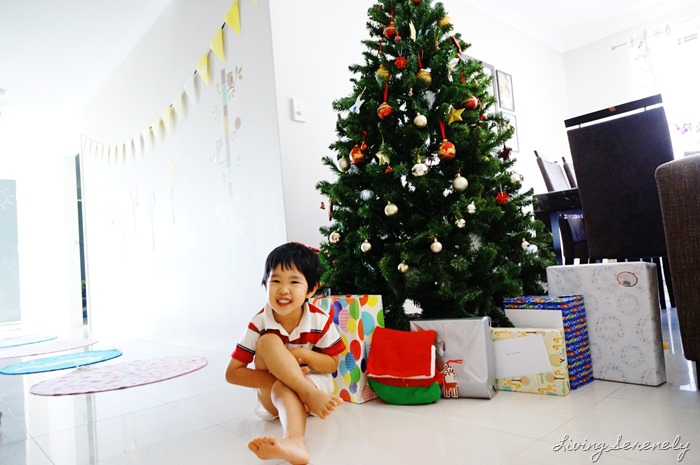 So on Christmas day last year, my beloved little prince officially turned FOUR. It was a pretty massive affair. We had the biggest party for him he’s ever had yet. And he was simply showered with love and presents from various people in our lives. It was definitely a very memorable occasion.

Turning four is a big deal. The whole year has been building up to this because this is the age when Nathan officially starts school. Or will be in a few weeks time once the school holidays are over. So before that happens, I wanted to pen down a few thoughts on my dear little boy at four…

Exuberant. Energetic. Loquacious. Imaginative. Charming. Gregarious. These are some of words that come to mind when I think about my Nathan.

Nathan’s superpower is the ability to take on multiple identities. Every day, Nathan transforms himself into a different person. My usual greeting of “Good morning, Nathan” might be met with “Mummy, today I am not Nathan. I am __________”.

Various possibilities to fill the blank space include: Superman. Spiderman. A Pirate. A Policeman. Fireman Sam. Mike the Knight. Captain Barnacles. Buzz Lightyear. Hiccup. Optimus Prime. Master Windu. Prince Hans of the Southern Isles. So far I have been able to keep up with his rapid changes in identity pretty well. But I certainly do need to stay pretty sharp on my toes.

His head is chock full of stories waiting to be told. All day long from morning till night, as he plays with his toys and his friends, the stories just keep flowing, in role play, pretend play, imaginative and dress-up play. Then in the afternoons during rest time, I will hear him chattering away to himself with his Lego and books. When he emerges from his rest, he is all ready to regale me with the latest exciting episode of the mini adventures of all his little Lego characters.

Nathan seems to have an internal magnet for romantic, whimsical, fairy-tale sentiments and ideas which he picks up from all over. Many times the things he says or does stop me in my tracks as they appear to come straight out from another century.

To his grandma on Skype last week: “Po-Po, tonight I shall dream about you”.

To Grace or any female peer in the vicinity: “Your Maaaaajesty--” (taking a deep bow with flourish) “--May I have this dance?”

He has already proposed and gotten married to several little girls in our circle, including me.

“Mummy, next time when I grow bigger, I want to get married!”

“You want to get married? Who do you want to marry?”

“Because I am already married to daddy.”

“Oh okay. Then I will get married with Grace, then!”

“Um… that’s really sweet to think of her as well. But you actually can’t marry your sister.”

“Gracie, do you want to get married with me?”

(Grace bobs her head up and down, nodding obligingly)

“Grace says she wants to get married too!”

It’s amazing how completely different he is from hubby and myself. I consider myself to be more on the introvert end of the spectrum, often tending to be somewhat reserved. But Nathan could not be more different from us. Each time we go out, he is like a little Labrador… smiling and greeting almost everyone we meet. Our walks are always peppered with lots of hi and hellos. In is eyes, everyone he meets is a potential friend.

The other day, we found a ball in our backyard. We figured that one of the neighbours’ kids must have accidentally tossed it across in our yard as they were playing. Later that day, a shy, gangly boy rang our doorbell enquiring after his ball. Unfortunately little Grace had gotten hold of the ball earlier and lost it somewhere in the house. So I asked the boy which one was his house and told him we would look for his ball and drop it off at his house later.

During the entire episode, Nathan could barely contain himself with curiosity and excitement. Our short conversation with the boy was peppered with “Hi! Hello! What’s your name? Do you like to play ball? I like to play ball!” and so on. We found the ball eventually and Nathan was eager as a puppy to return the ball . “Let me give it to the boy!” he insisted. He marched straight up to the front door and rapped it firmly. When the boy answered the door, he flashed him the hugest grin and proudly held up the rescued ball and declared “We found your ball! Here it is!”.

I think if it were me as a child, I would never have volunteered to walk up to a another person’s house like that. My mother would have had to push and coax me to no end to even give a little tap on the door.

Likewise, every person we encounter at the playground instantly becomes known as a friend. He will confidently stride up to the person (doesn’t matter if it’s a toddler, an older kid, a teen or an adult) and extend his hand in friendship with a “Hi! What’s your name?”.

Every now and then, he will declare fervently to me “Mummy, I love EVERYBODY!!!”. And I don’t doubt his word.

Because he wears his heart so openly on his sleeve, the only thing that breaks my heart is to think about all the unkind people he might meet or ungracious responses he might receive toward his wide open heart as he steps out on his own into the big wide world. A world where I will not always be there to guide him through difficult situations.

Hubby always reminds me that it’s an inevitable reality he will have to face sooner or later. All we can do is to help him build up the inner resilience he needs to survive and flourish in this sometimes cruel world. And pray that no matter what comes his way, he will never lose that inner magic to see the beauty and wonder in even the most unlikely circumstances.

So my dear Nathan at four-years-old, this song is for you. I know you might not understand the message in this song for a long while yet, but it’s the song I sing now to you from my heart as I send you out into FOUR…

I hope you never lose your sense of wonder,
You get your fill to eat but always keep that hunger,
May you never take one single breath for granted,
GOD forbid love ever leave you empty handed,
I hope you still feel small when you stand beside the ocean,
Whenever one door closes I hope one more opens,
Promise me that you'll give faith a fighting chance,
And when you get the choice to sit it out or dance.
I hope you dance....I hope you dance. 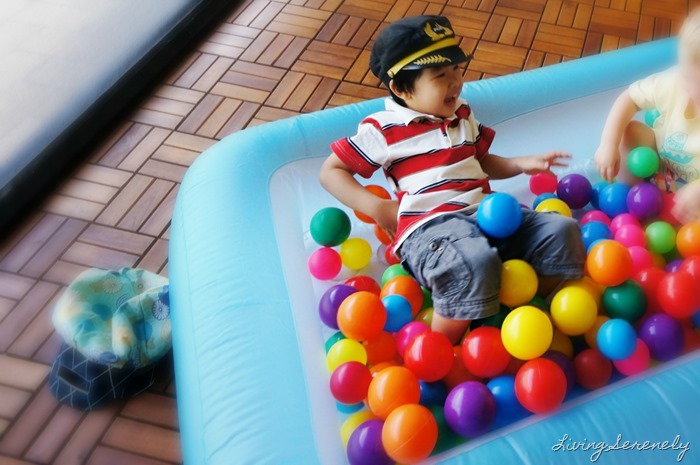 P.S. Nathan at two, three and three-and-a-half. And more on Nathan’s stories.