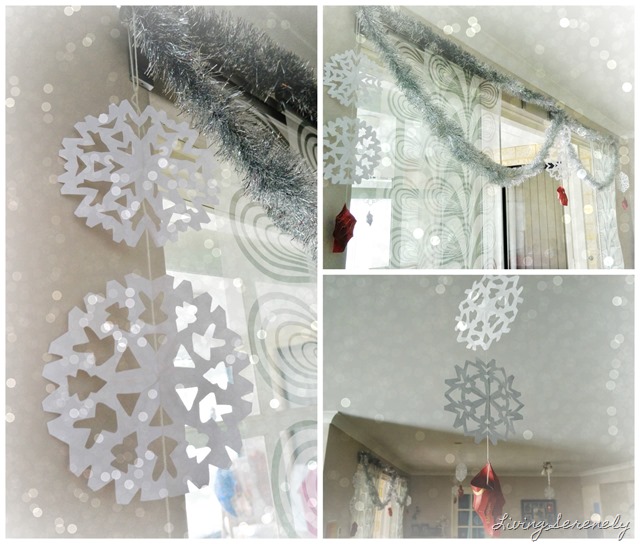 So I know it’s now officially summer here for us in the land down under. But around this time of the year since I was a little girl, my family has also been celebrating Dongzhì or Chinese Winter Solstice Festival.

The Dongzhì Festival or Winter Solstice Festival is celebrated by the Chinese annually around 21st December. During this festival, family members will travel from far and wide to come together for a big reunion meal. The biggest highlight I remember about the festival as a child was making and eating Tangyuan, a traditional dessert of dumplings served in a sweet syrup.

Although this Chinese festival is generally not as well-known compared to other festive occasions such as Chinese New Year or the Mooncake festival, it still holds a special place in my childhood. So this year, I decided to share this experience with my kids, together with a couple of my other day care children.

I decorated our house with snowflake cut-outs to set the mood for the cold winter setting and added a touch of red ang-pow decorations for a Chinese festive atmosphere.

I shared a simple story about the festival during our mat time. And then the children all got involved in making the little dumplings for the Tangyuan for morning tea. 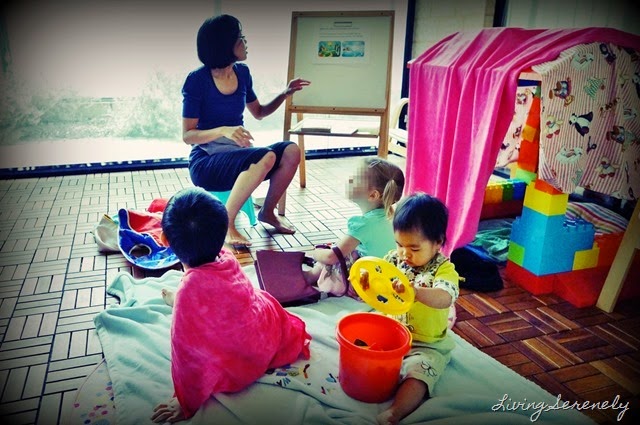 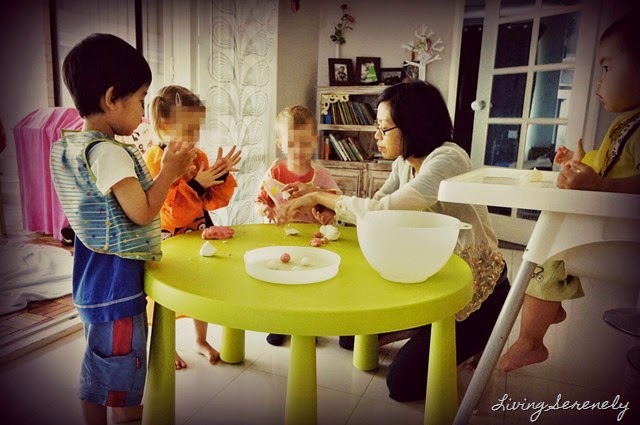 I showed the kids how to pinch small pieces of dough off and roll them between their palms to form little round dumplings. It was a little tricky for the younger ones to roll and shape the dough into little balls, but they enjoyed exploring and playing with the dough just as if it were play dough. 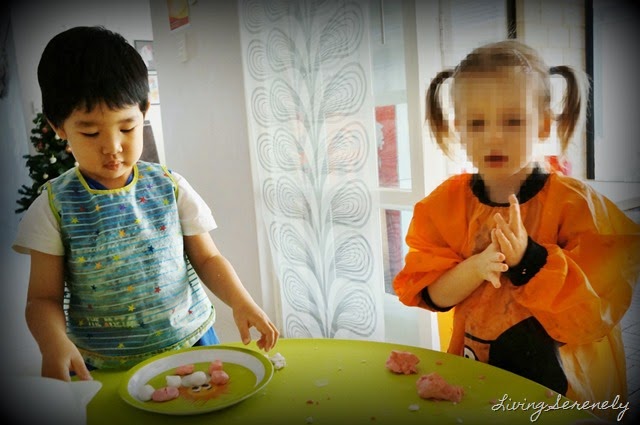 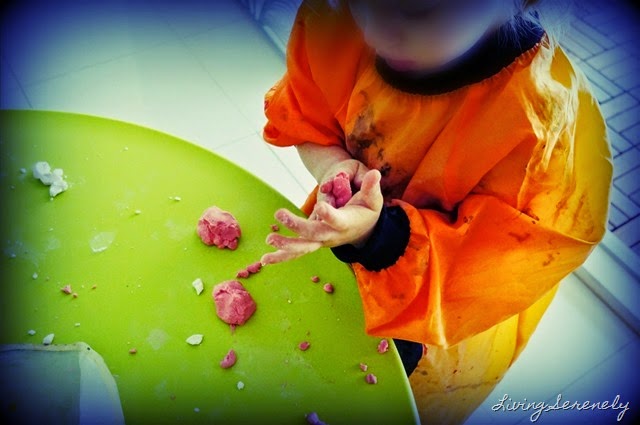 Even though not all the dumplings turned out as perfectly round balls. But after cooking them, they ended up tasting equally yummy. The squishy texture of the dumplings was strange to the children, but they were all game to give it a try at least, and they all loved the sweet syrup of course. 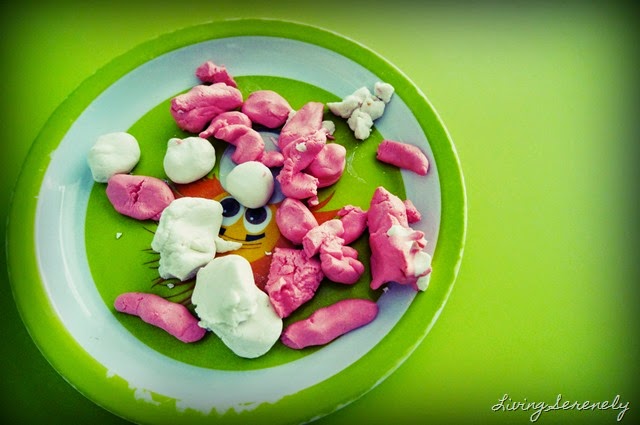 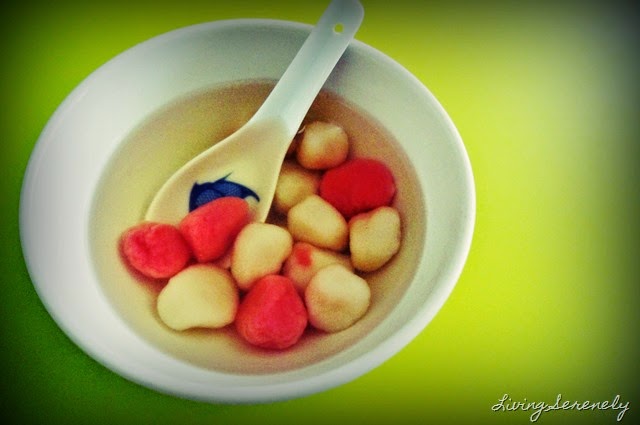 Anyway, whether it’s Dongzhì or Christmas or even Hannukah, I hope your enjoying the year end festivities and holiday season with your beloveds.