So at just under 16 months old, our Grace is most definitely in the toddler stage. We still often fall back on calling her ‘baby’ out of habit. And being my second baby, I still see more of the baby in her. But her toddler side is emerging through very determinedly.

We’re having such a blast with her at this age. Her gross motor skills are advancing very rapidly, so she can poke her nose into everyone’s business all day long. Even though she is the littlest person in the house, she is most certainly not one to be ignored.

She is just the funniest little girl. Pretty much every single thing she does is so comical to watch. Even crying. Toddlers can be so dramatic, that you just can’t help laughing through all the drama.

Some of her funny quirks…

--Such as plonking this ice-cream tub on her head (which Nathan uses as a builder’s hard hat when he’s pretending to be Bob the Builder). It’s too large for her, but she insists on keeping it on and walks around with it, even though she is as blind as a bat under it. 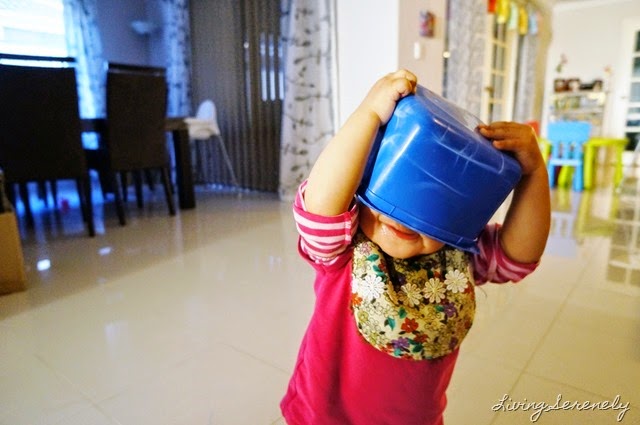 --Or donning superhero capes. I’m pretty certain she has no idea what all these costumes and plays are really about. But she will NOT be left out of anything. Whatever the big kids are doing, she is more than capable of keeping up. And she proves herself almost every single time.

She loves bags. I don’t think it has anything to do with a girly-girl thing. Just putting her keen observation skills into practice. She must believe there is something very special about bags, sometimes even strapping on two or three at a time. Dear little Grace. 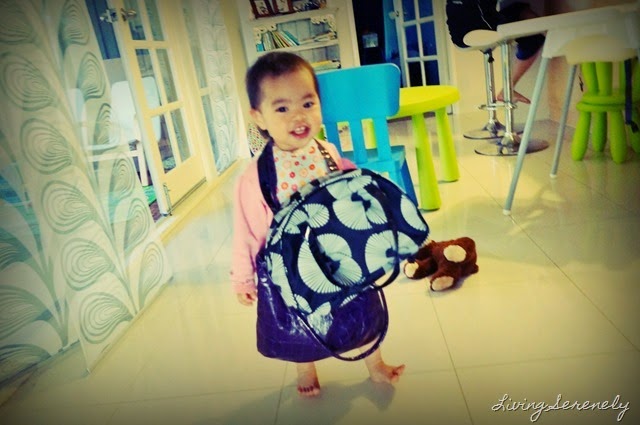 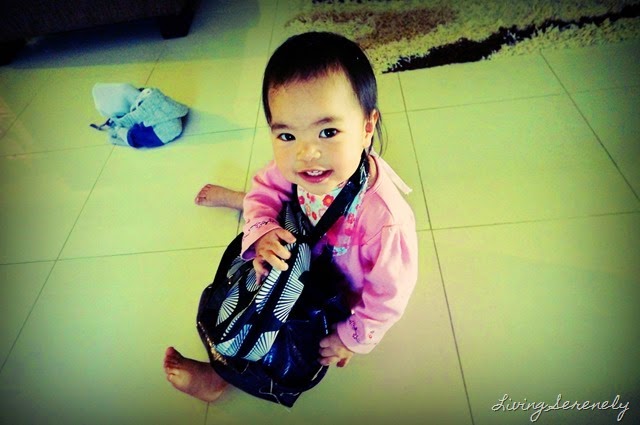 Moving on to food. There is absolutely nothing lady-like about the way she eats. A chomper she has been, and a chomper she always will be. Whenever possible, she will overstuff her face with food and call out “More, more!!!” in muffled tones, with barely contained pieces of food falling out of her mouth. 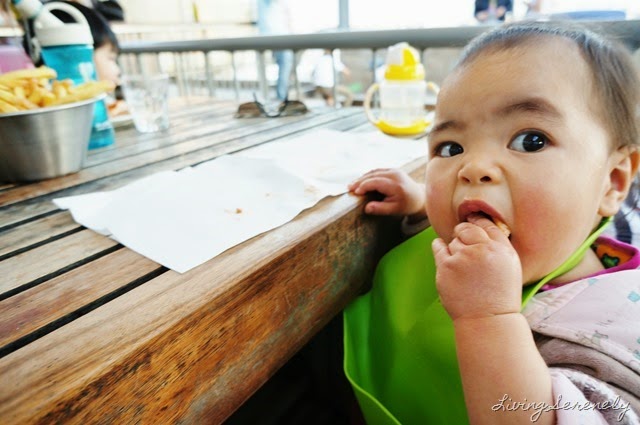 I have to admit that it’s a very funny sight to watch. Although it is not so funny cleaning up afterwards. Her highchair and the perimeter surrounding her always looks like a warzone after every meal. I won’t even mention the state of her face, hair and clothes.

Her current obsession are these toy mice. We got them for a dollar each at Ikea. She calls them “mao-” (missing the ‘S’ at the end of her pronunciation) and looks for them every morning. 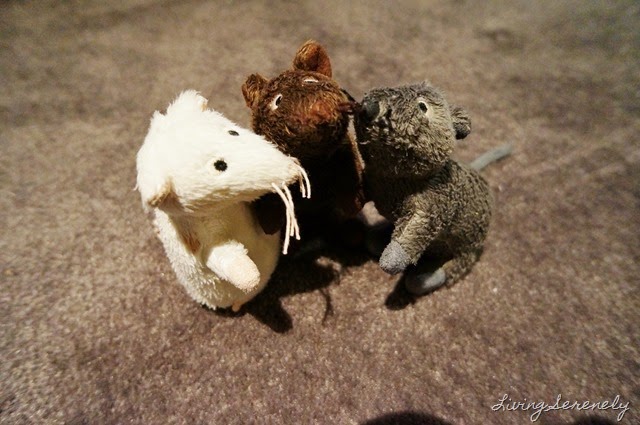 She carries them around everywhere she goes and is always misplacing them all over the place throughout the day. When she realises one of them is missing, she lets out a pathetic wail and calls out “Maaaaaooooooo…” in melodramatic tones. But she is very fortunate to have a big brother and many caring' ‘adopted’ older brothers and sisters around to help hunt around for her missing mice and bring them back to her.

I have to say that it’s very cute and funny to watch how attached she is to these little mice. But not so funny when she has misplaced them in the most obscure place where no one can find them.

That’s my gorgeous and funny little girl. Who drives me nuts every day, but never fails to make me laugh and smile over every little thing she does. Oh, my dear Grace, a part of me wishes you could stay as you are right now forever. But I know it’s only wishful thinking. So the only thing I can do now is to capture as much of your funny-ness and adorable-ness to remember for always.