Though your sins be as scarlet 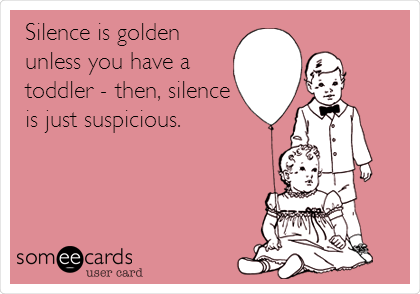 It’s been a while since I experienced an ultra major case of silent toddler mischief. But I guess as parents, it’s our lot in life to have to deal with drama like this.

This time (it actually happened several weeks ago) it involved a tube of lipstick. Deep dark red lipstick.

I was slapping on my usual 5-minute make up routine (BB cream, blusher and lipgloss). Nathan was bouncing around the room as usual.

5 minutes. That’s literally all the time it took.

Then I turned around and was struck numb at the sight of dark red lipstick smudged, smeared and pressed all over the carpet. Oh the horror.

I was so numb from the shock, I didn’t even remember to snap a picture of it. At that point, there was nothing funny about it at all from where I was standing.

After many, many sighs as I confronted the culprit on his crime. There was nothing else to do but get down on my knees to clean up the scene of the crime.

It was a slow and painful process, meticulously spraying and dabbing each lipstick stain spot by spot. The key to stain removal from carpet is not to rub… but to dab, dab, dab… bit, by bit, by bit. 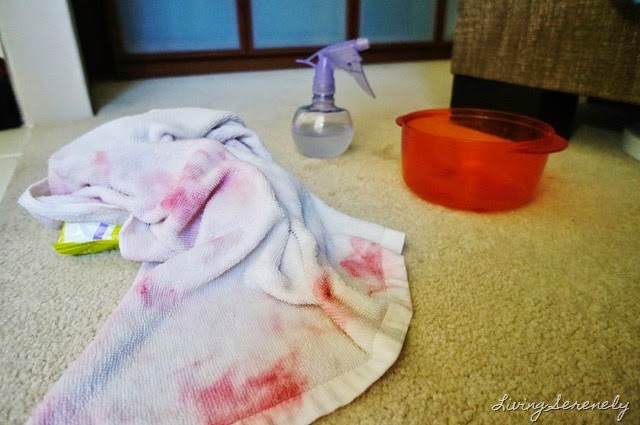 The process involved a fair amount patience and perseverance. In the end, the entire area was completely clean and lipstick-free.

It was as if it had never happened.

The only remaining evidence was the scarlet stained towel, which I had used to dab each lipstick stain.

The scarlet stained towel would then go into the washing machine with detergent and bleach and come back completely white and clean again.

As if it had never been stained at all.

And with the vanished stains, my anger dissipated, evaporated and vanished away along with them.

As if it never was.

(From the book of Isaiah)