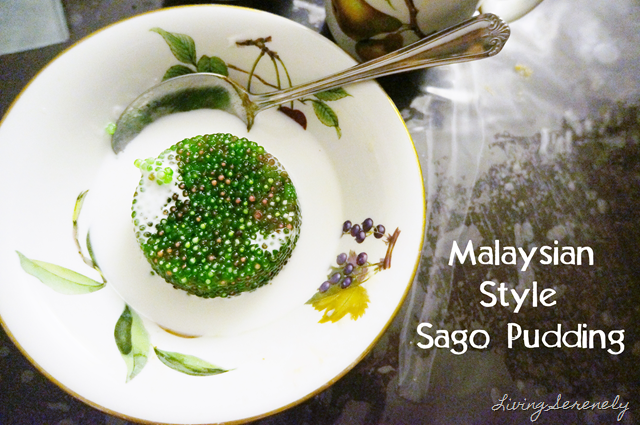 It all started when I had asked hubs to pick up a pack of tapioca ‘boba’ pearls from the oriental grocers for an edible water beads sensory activity I wanted to do with my kids. He came home with the wrong type of sago pearls which were the mini-sized ones.

He obligingly agreed to go back and look for the right type of tapioca pearls I wanted and I chucked the pack of mini tapioca pearls into my pantry and forgot about them for a while.

Then I stumbled across this recipe for a Malaysian style sago pudding which sounded so delicious I knew I had to try it out. It turned out tasting absolutely incredible and was so simple to make, I had to share it.

* Original recipe listed sago pearls, but I used tapioca pearls which are similar in texture
** Can be potentially substituted with brown sugar
*** I reduced quantity to 1 cup and found the amount to be sufficient, you can stick the original amount if you like your pudding to have plenty of warm coconut milk to swim around in

Method
Bring water to a boil, then pour in the sago pearls and cook for 8-10 minutes. The sago pearls are ready when they turn translucent (don’t be too concerned if you can still see the slightest dot of white at the centre of each pearl). Remove pot from heat and tip the contents into a sieve. Run the cooked sago pearls through cool water to remove residual starch then, using a metal spoon, fold the pandan paste through the mixture.

Grease moulds with vegetable oil. Divide sago into moulds. Cover with clingwrap and refrigerate. Meanwhile, in a small pot, bring coconut milk to boil. Cool to room temperature and transfer to a small jug. Using the same pot, unwashed, combine the palm sugar and water. Bring to a boil, transfer to a jug and set aside.

To serve, ease moulded sago into small bowls, pour in some coconut milk into each bowl and drizzle the palm sugar syrup over.

I used tapioca pearls instead of sago, which are similar in flavour and texture. The ones I had happened to be multi-coloured. But you can get plain white coloured ones which would absorb the green tinge of the pandan paste much better. 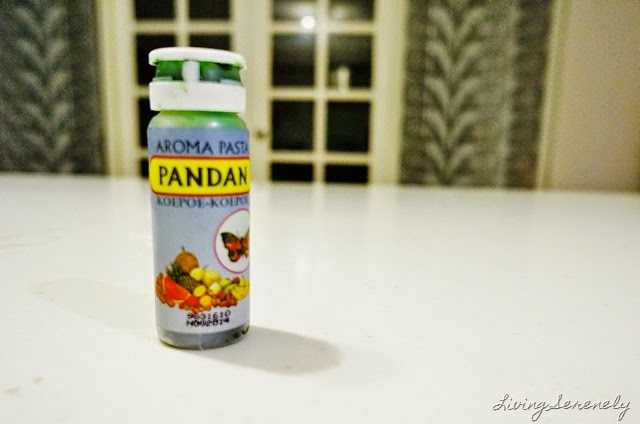 Palm sugar or gula melaka is Malaysian sugar extracted from the sugar date palm. It has a beautiful caramel-like flavour. It is often sold in cylinder shaped cakes. To shave it, just run a knife against it in a downward motion. 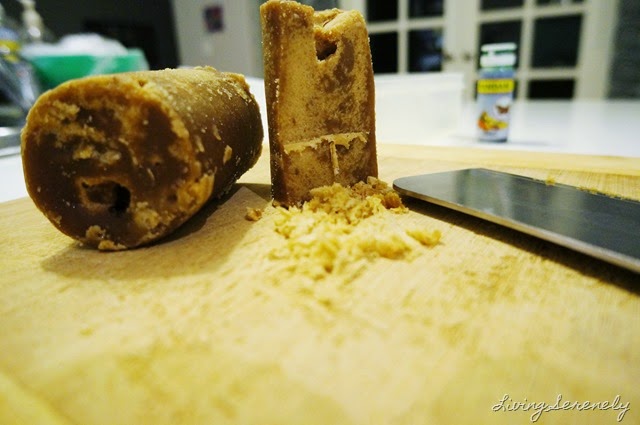 After the sago (or tapioca) pearls are cooked, they will take on a translucent colour with a tiny dot of colour at the centre. Run the pearls under cold water to stop the cooking process and remove the residual starch. 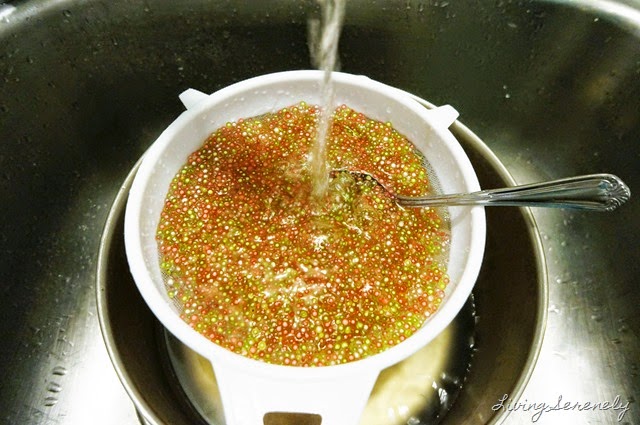 The cooked sago pearls will have a slightly sticky texture which will make it easy to scoop up and drop into the moulds. I used a couple of ramekins for larger portions for hubby and me and tiny teacups to make smaller portions for the kiddies. 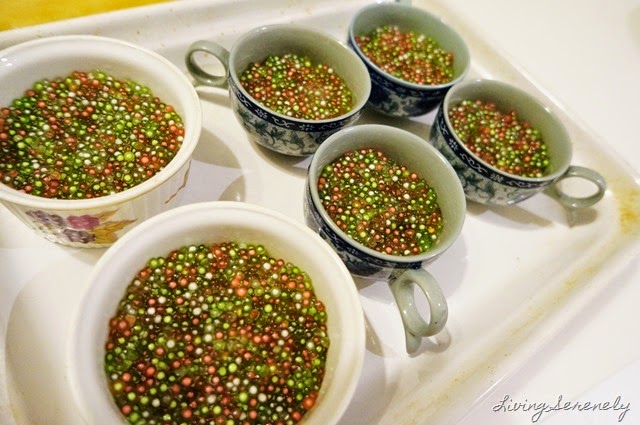 While the sago pearl puddings are chilling in the fridge, make up the coconut milk and palm sugar syrup. I poured them into a couple of pretty jugs to serve together with the sago puddings. 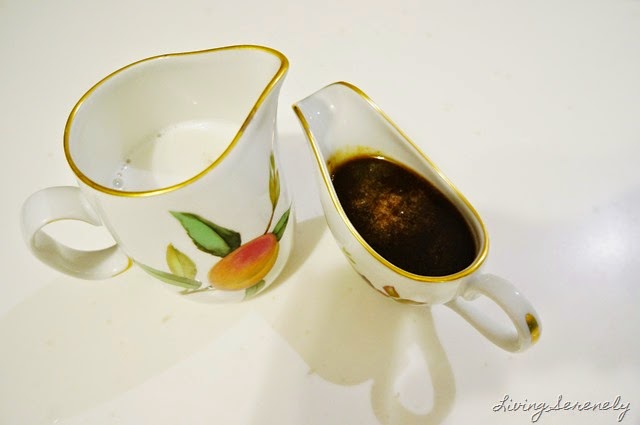 The texture of the tiny sago pearls in the pudding is really fascinating. And when paired with the coconut milk and palm sugar syrup, the flavour combination is just heavenly. 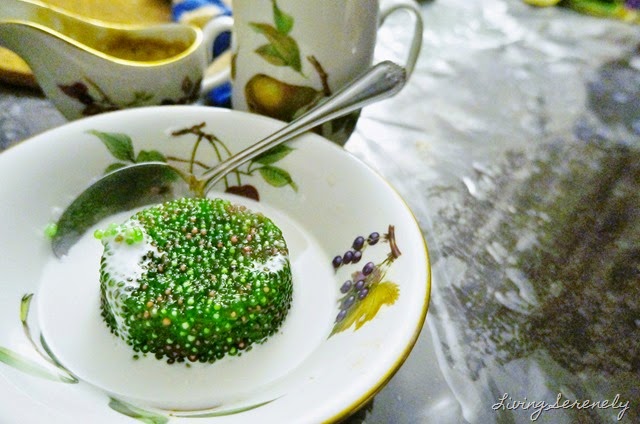 P.S. If you enjoy the flavour combination of coconut and pandan, check out this very simple recipe for homemade kaya (a kind of Malaysian coconut ‘jam’)

Linking up to Jess’s IBOT