A birthday party for our cuddly friends

Nathan has recently been completely obsessed with birthdays. Since celebrating his third birthday (pirate style) last Christmas, it’s now become one of his favourite topics.

We’ve also attended a couple of birthday parties earlier this year (both major show-stopping events) which simply added to the whole appeal and grandeur of the entire affair.

Almost every night, when tucking him into bed, he’s been asking who’s birthday is coming up next… His? Daddy’s? Mummy’s? His friend Sophie’s? And he goes on and on about it like a broken record.

So on a whim one evening, I suggested maybe it might be his favourite stuffed toy Quack-Quack’s birthday next. His eyes immediately lit up and he latched on to the idea on the spot. He told me all about what Quack-Quack wanted on his birthday… cake and lollipops and chocolate and sweets (you get the idea). He then went on to tell me that his second and third favourite stuffed toys’ (Bao-Bao the hamster and Hoot the owl) birthdays were coming up too.

So we decided to have a birthday party the next day. For all our favourite snuggly cuddly friends. 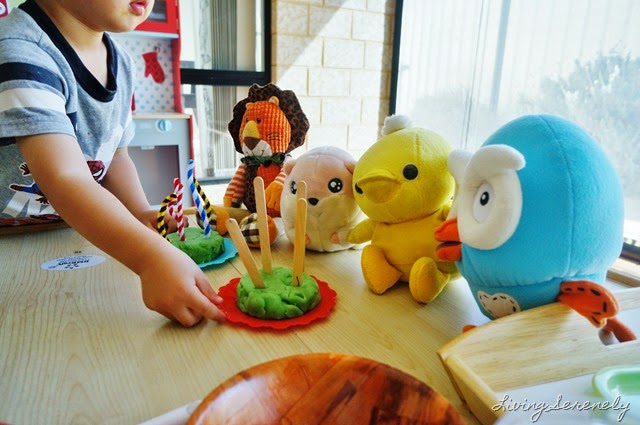 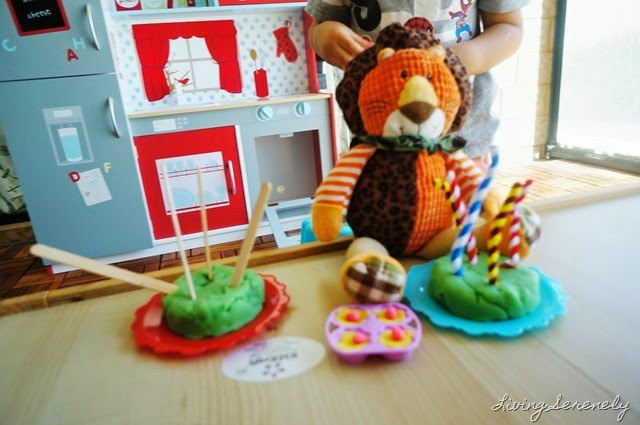 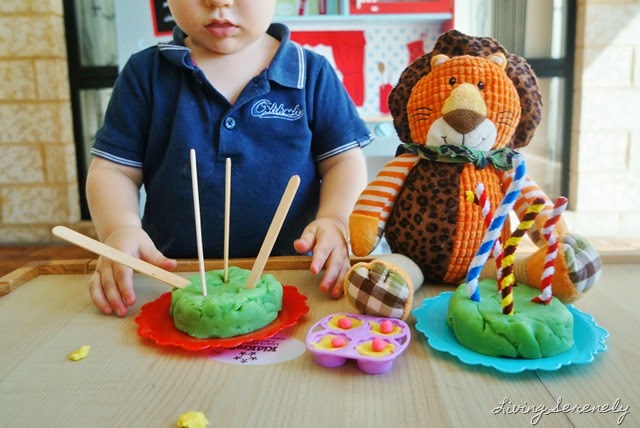 We made play dough cake with candles and cupcakes with cherries on top and lollipops and ice cream.

It was a great party.

Hope you’re having a lovely week!

Linking up to
Twinkle in the Eye and
Little Drummer Boys