Stories of Long Ago: Mixed Blood

Hello! Hope you had a great time over the Christmas and New Year celebrations. Time to step into the new year. I wonder what 2013 will bring?

Every now and then I receive questions from strangers and new friends or acquaintances along the lines of… “What are you? Are you Chinese?”. People sometimes remark that I look somewhat more Malay or Indonesian or Thai or even Vietnamese. So what’s the story there?

Well the truth is, there is actually a line of non-Chinese blood running through my dad’s side of the family. It’s not uncommon these days I suppose, especially in the state of Sabah in Malaysia.

My father’s maternal grandfather was one of the first generation Hakka migrants in Sabah from China who came to Sabah. I think he generally worked as a sort of labourer-coolie-plantation worker. Life must have been tough, but it must have been worthwhile enough for him to leave China and seek his fortune in this foreign land.

As he settled into the new land, it was only natural to set up a household so he could make this place his home. Chinese women were scarce at that time, so the story goes that he sought out a local native Kadazandusun girl (probably by asking the head of a nearby village). She must have seemed pleasant and acceptable, and so he married her and that’s how the blood of two races was first intermingled in our family.

They settled down in the village of Menggatal and my great grandmother learnt to adopt the Hakka customs and language and raised her children accordingly.

It might seem strange that a village girl would agree to marry a virtual stranger of a completely different culture. But apparently marrying a Chinese man was possibly deemed a ‘step up’ in the world back then. And Kadazan people are generally known to be very adaptable and willing to assimilate and adopt different cultures into their own.

My dad often recounts fond memories of visiting his grandmother’s kampong house in Menggatal and playing in the nearby river. By sounds of it, she seems like she must have been quite a pleasant old lady. But she passed away before I was born.

The question I always pondered over was how my great grandmother and great grandfather managed to get along and communicated meaningfully with their totally different languages and cultural backgrounds. There must have been many demonstrations of compromise and understanding in their life together.

Among their children, they had a girl who eventually became my grandmother. 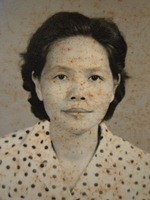 My grandmother grew up being able to speak both Hakka and Kadazandusun. However she mainly passed on only the Hakka heritage, apart from traces of Kadazandusun features on some of her descendants. So if people ask, I sometimes tell them that my DNA is one-eighth Kadazandusun.

And that is one of the stories that has led to part of who I am today.

To take a deeper step into the history pages, you can read some of my dad’s account on my grandmother’s childhood home and of his childhood memories on Nicknames and Bedtime Stories 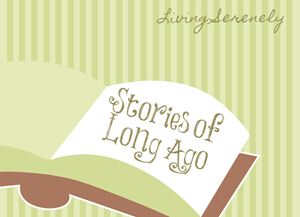