Have you ever given something to your child or let them take an object that you later regretted?

Perhaps your wallet or phone? Or maybe *gasp* a permanent marker?

Well last week, Nathan was hanging out with me in the bathroom while I was getting ready to go out. He was fussing around impatiently, so I opened one of the cupboards and let him grab a bottle of sunscreen to distract him so I could quickly finish getting ready.

Five minutes later, I realised that the room was filled with uncanny silence. Hmmm… what was my little one up to? Then in that split second this quote flashed through my mind as I hurried over to the adjoining room…

…And laid eyes on this sight 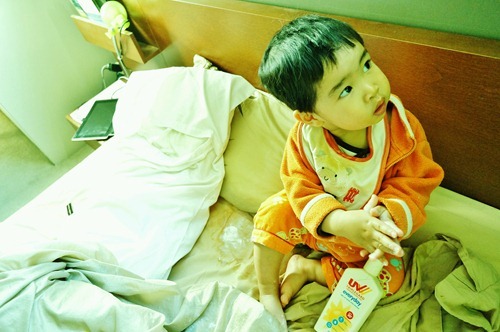 He was evidently having a huge gala time with that bottle of sunscreen as our bed sheets were literally COVERED in one big gloopy mess. 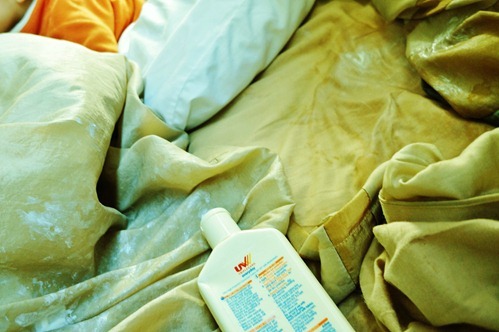 Globs of sunscreen smeared everywhere! WHAT was I thinking to let him take it? *smack forehead*