I just learnt that this week that just passed was the Indian festival of Raksha Bandhan which Nathan had the privilege of celebrating with his day care family.

Raksha Bandhan is an Indian festival which involves the tying of rakhi (sacred thread) by a sister on her brother’s wrist. This symbolises the sister’s love and prayers for her brother’s well-being and the brother’s lifelong vow to protect her.

When I arrived at day care to pick Nathan up on the last day of day care this week, the boys there all held up their wrists proudly displaying their rakhi bracelets. Nathan had one too taped to his worksheet (which I suspect was because he must have kept wanting to yank it off and pull it apart). 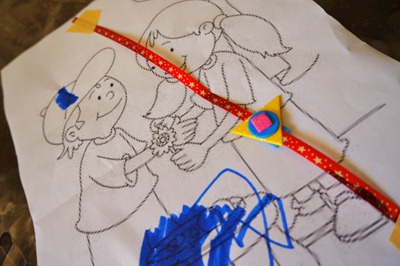 Our carer told me that her husband received a rakhi from his sister all the way from India, and she herself had made one to send to her brother overseas. I had watched a documentary on this festival before and had thought how wonderful a tradition it is to foster closeness between brothers and sisters in the family.

Out of curiosity, I did a Google search to check out the different variations and designs of rakhi there were out there… 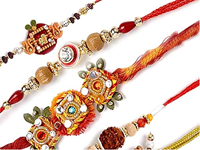 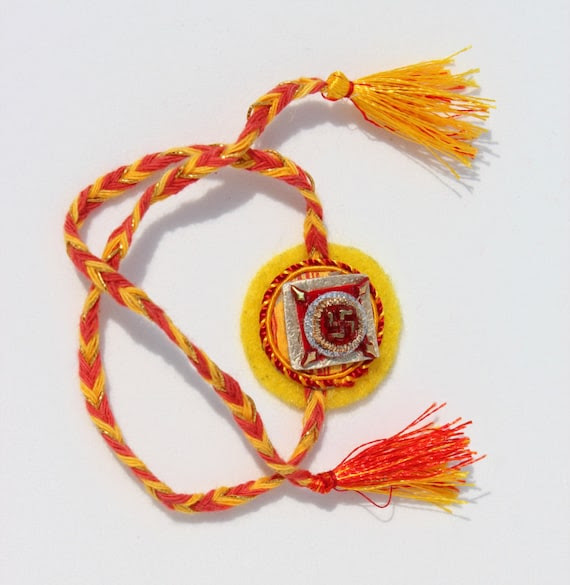 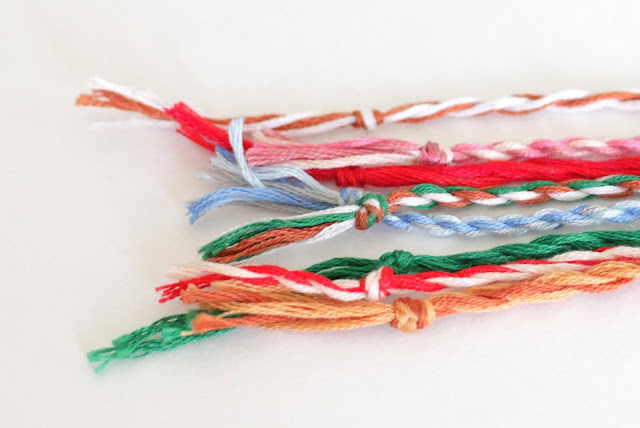 It occurred to me that the idea was not too different from the friendship bracelets that were all the rage in my teens. My girl friends and I used to love making these and giving them away to each other as well as to our guy friends, who were pretty much like brothers.

I’m not sure what were the exact thoughts that went through those boys’ minds when they received the pretty colourful bracelets from us girls. But they must have been good thoughts, as they were all very obliging in wearing them everywhere. Perhaps it was a sort of proud statement to show the world that they had a ‘sister’ who cared for them.

So in the spirit of the recent Raksha Bandhan celebrations, I decided to make a couple of these bracelets for my own two brothers.

As I weave the strands of colourful thread together, my love and prayers for their well-being shall go out to them.

Do you guys remember those friendship bands? Ever made one for someone? Maybe you even still have one among your treasures that you made yourself or received from someone else.