Flying kites and bringing up boys

Learning to trust. And let go.

An excerpt from my current read: 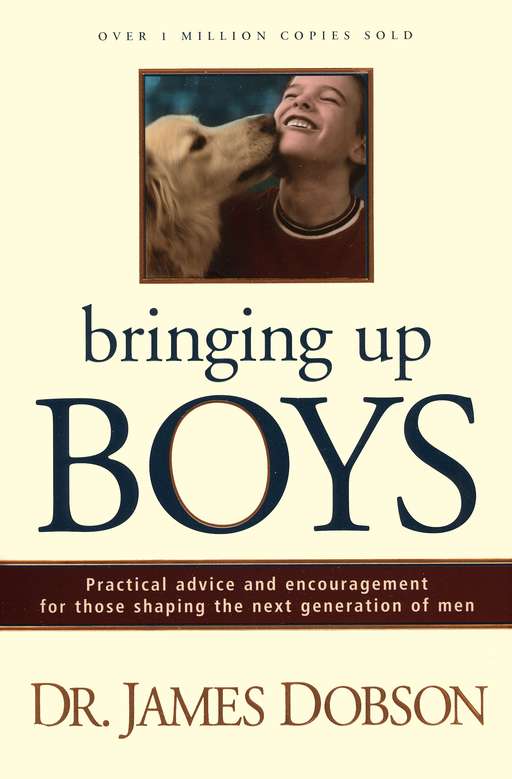 The late Erma Bombeck likened the parenting responsibility to flying a kite. You start by trying to get the little craft off the ground, and sometimes you wonder if it's going to make it. You're running down the road as fast as you can with this awkward kite flapping in the wind behind you. Sometimes it crashes to the ground, so you tie on a longer tail and try it again. Suddenly it catches a little gust of wind and flies dangerously close to the power lines. Your heart is pounding as you survey the risk, but then without warning the kite begins to tug on the string as it ascends into the sky. You release your grip little by little, and sooner than you expected, you come to the end of the twine. You stand on tiptoe holding the last inch between your thumb and forefinger. Then reluctantly, you let go, permitting the kite to soar unfettered and independent in God's blue heaven. It's an exhilarating and terrifying moment, and one that was ordained from the day of the child's birth. With this final release, your task as a parent is finished. The kite is free, and so, for the first time in twenty years, are you.

Here’s a detailed excerpt from the first chapter if you’re intrigued to learn more.

The other day, just for fun I picked up Nathan and tried to lie him down on my lap facing me just like how I used to when he was a baby. I remember him lying there contentedly (maybe because he couldn’t move anywhere anyway) and smiling up at me adoringly as I cooed and sing to him.

This time, my boy didn’t even stay still for half a second before he was turning and twisting around, climbing over my shoulder, yelling at the top of his voice, then smirking at me cheekily as he leans precariously over the edge of the couch. And I’m gripping on to his shirt and arm, trying to contain a wriggling, moving mass of legs, arms, hands and feet, to prevent him from toppling over. He on the other hand is laughing like nobody’s business, thinking this is the fun-nest game in the world.

My father-in-law habitually refers to Nathan as “the baby”. Recently when he called, he happen to ask “how is the baby?” and the realisation just hit me. I reminded him gently that Nathan wasn’t a baby anymore. Nathan himself is very much aware of this fact and often points out other babies or pictures of babies and says “baby!” as if to reinforce the fact that that is a baby and he isn’t one.

So here is my Nathan, moving on into toddler-hood. 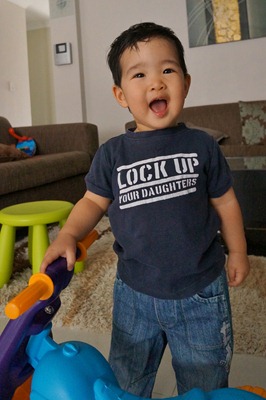 When I see him in all his boyish-glory, I am filled with a mixed feeling of pride and wistfulness. My little kite is slowly taking off the ground.

P.S. More about our parenting adventure