Freezing the picture: Nathan at one year old

At one year old, Nathan has been zooming ahead into the toddler zone. It’s amazing to see him grow, making new discoveries each day… but often I wish I could just freeze the picture. 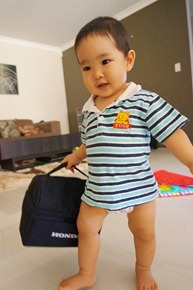 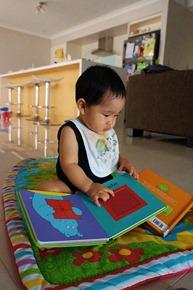 So before it all slips away, I made myself sit down to jot down some key highlights…

Other words he understands but hasn’t really started saying consistently yet: Spoon, Milk and Water (which he sometimes calls ‘teh’)

And that’s my boy at one-year old!