My poor baby has been down with a cold this week. Well, I’m not sure if “down” is the word. He has a cough and the sniffles, but doesn’t appear to be bothered by it very much in general.

Hubs had been checking on him and eventually brought him to our room so I could give him a drink. He must have been pretty tired (as were we) and fell asleep between us. 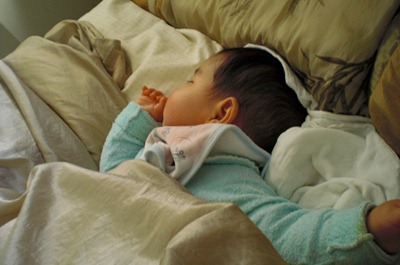 Soon after hubs had to get up and go to work. I took the opportunity to sleep in a little longer. But after a while I also got up to do the usual morning routine. 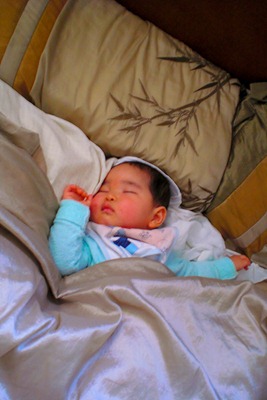 But our sleeping beauty slept on through everything and didn’t stir until after nine o’clock – the latest he’s ever slept through (he’s usually an early riser and only goes down for his mid-morning nap at around 9.30am).

Since that morning, he’s coughing settled down quickly with the help of vapour-rub and plenty of extra fluids. His sniffles are still persistent, so we had to bring out the dreaded bulb syringe to suck out the phlegm from his nose. That’s pretty much the only time he cries the house down.

Other than that, he’s pretty much been his same happy little self. 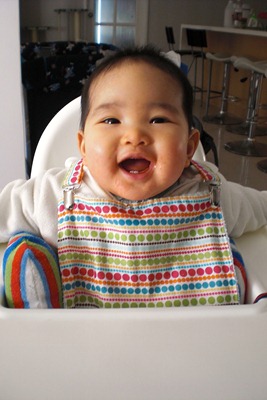 Helping me model my new and improved bib clip

Hope the warmer weather we’ve been getting recently will help speed up his recovery.