Gearing up for the solids plunge

Just the past couple of nights, Nathan has been suddenly waking up an hour after he goes down for the night. This was unusual as he has been sleeping through the night from 7pm till 7am the next morning for some time now.

We’ve been cracking our heads trying to figure out what’s wrong… too hot? too cold? teething? sick? hungry? We run through the whole list trying everything we can think of to help him settle back down again.

Perhaps he just wants to be held or had a nightmare… so eventually after running through everything, we just hold him and rock him gently until he’s calmed down enough to go back to sleep.

I posted an anecdote about this on fb and got a huge response… the majority of the respondents suggested that it could be a sign that he’s ready for solids.

I’m not wanting to rush him into solids but if it really is the reason why he’s been waking up, I don’t want to hold him back from it if he needs it. So I’ve started making some preparations to gear up for the plunge.

First off, I did some quick research on baby food recipes and decided it would be convenient to have some rice cereal on hand. It was as simple as blitzing a handful of rice in the food processor to a fine powder (which I will cook in boiling water and add a bit of breastmilk). 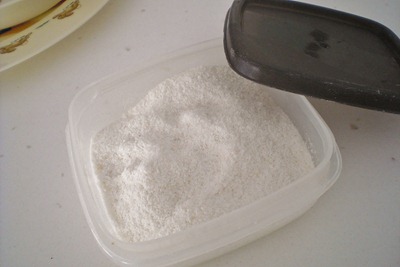 Another thing I’ve been doing is letting Nathan get acquainted with some of his future eating utensils. He’s going to have plenty of adventures with them so best to get friendly with each other early on. 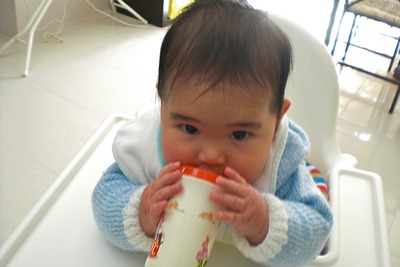 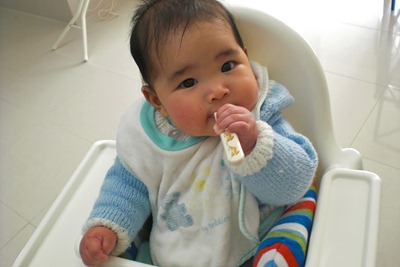 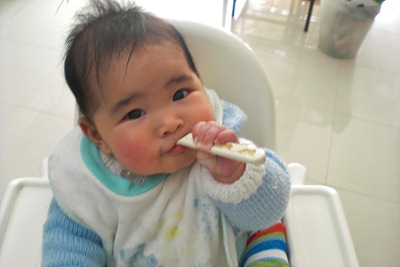 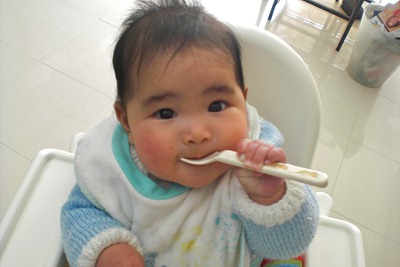 We’ll likely just do a little dip into this first… just test the waters a little before we take the full plunge. Will keep you guys posted!