So following the background story, here’s the overview of the cloth nappies I have and how I use them. I’m writing this mainly for the benefit of my hubby as a sort of pre-reading assignment prior to the hands-on workshop he will need to undergo soon!

I have six types of nappies/nappy systems:

The muslins you’re probably familiar with – there are different techniques of folding them to get them to fit well around baby’s bum. Prefolds are a step up – they are basically layers of cloth sewn together so you don’t need to go through any complicated steps to fold them. 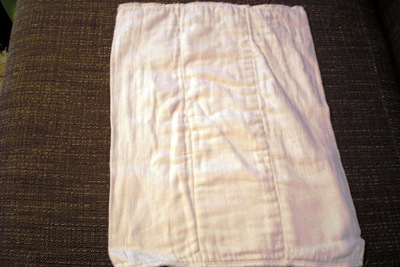 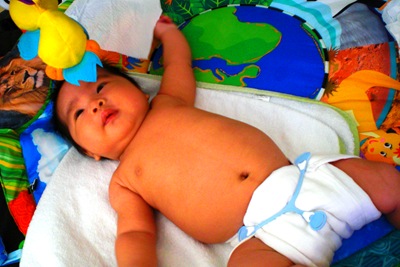 However it does take some practice and can be challenging to execute with a wriggly baby while having to balance handling the previous poopy diaper and simultaneously avoid getting shot in the face with pee from baby. 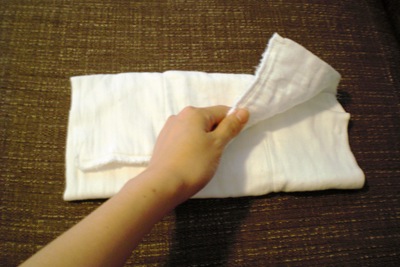 Then tuck it straight into the diaper cover… 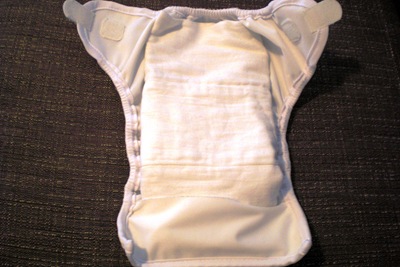 I've road tested this method and it does work in holding in the poop as long as you ensure the leg and waist gussets are secure. I also add a reusable liner to protect the diaper from the poopy mess and to keep baby’s bum dry.

This is a necessary piece to have if you’re using flat muslin diapers or prefolds. It serves as a waterproof protection between the diaper and whatever surface baby is lying on. I have a few pieces of Bummis Super Whisper Wraps in plain white and some cute patterned ones like this… 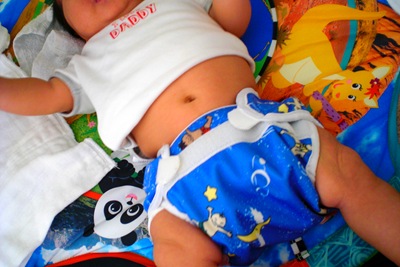 This is the ultimate modern cloth diaper. It’s basically just like a disposable except that you wash and reuse it instead of throwing it away. The absorbent material + waterproof layer are sewn together in a single piece, so all you have to do it grab one and velcro/snap it on baby and you’re done. 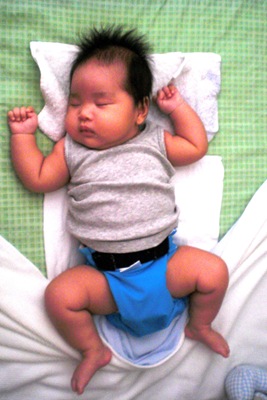 These are generally the most expensive type of cloth diaper, take longer to dry and require more care. I only have a few pieces by Snazzipants, so I think I will try to save them for going out or as an emergency spare in the diaper bag. But I admit I’ve reached for them in desperate moments at home like a middle of the night nappy change as a quick fix.

These function in a similar way as the All-In-One, but instead of a sewn in absorbent layer, the absorbent pads are removable. The advantages of this is that you can reuse the outer cover if it’s not soiled, and it’s quicker to wash and dry the inner pad separately from the cover.

I have a couple of Berryplush ones with removable hemp inserts. Hemp is super absorbent but takes a bit longer to dry. 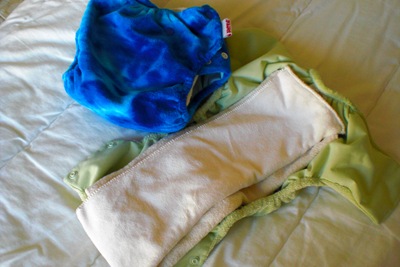 And a couple of Itti Bitti D’lish ones, which have microfibre inserts. 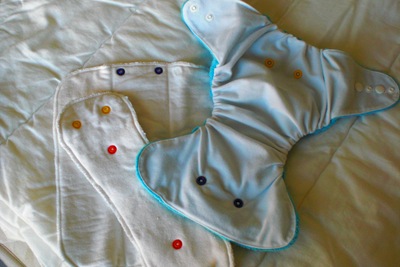 I really like the Itti Bitt D’lish one becase of the soft minkee outer layer. 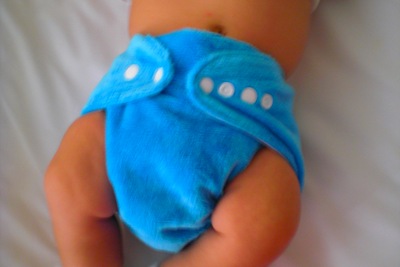 This is a variation of the All-In-Two. The nappy cover has two layers – a waterproof outer layer and a soft fleecy inner layer which are sewn together to form a pocket. The opening at the back is where you can slip in the absorbent inserts. 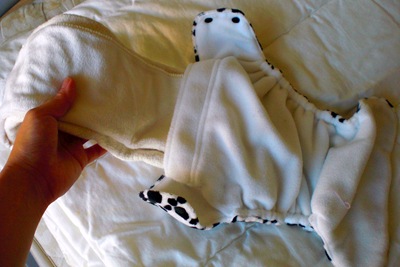 I have two pieces of these – one by Blueberry Minky (dalmation spots, above) and one by Fuzzi Bunz (light satin green, below) 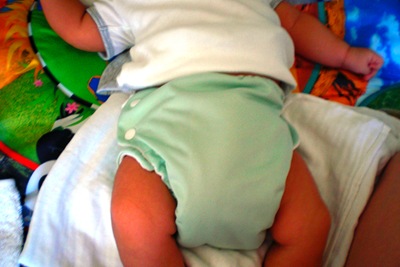 These look like All-In-Ones but they are different. The main piece is only absorbent material and doesn’t have an attached waterproof cover. So when I use this, I’ll need to slip on a waterproof cover like the Bummis Super Whisper Wraps (pictured in #2 above) or Whisper Pants like the one pictured below. 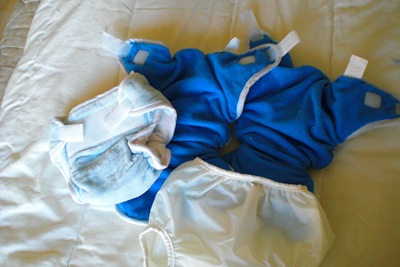 I have five Snazzipants pieces made from cotton, and one Bubba J piece made from bamboo.

My model seems to be very amused with all the camera antics and multiple diaper changes. He must think it’s some kind of crazy new game by mummy! 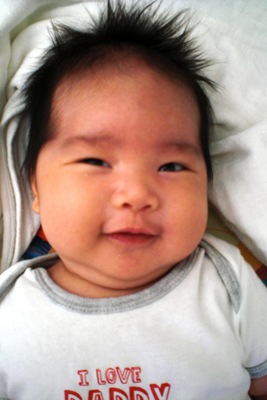 I know it seems complicated – why so many different types of nappies? Well to keep it simple, majority of the time at home I’ll just use #1 and #2: the flat muslin and prefolds with a nappy cover.

#3, #4 and #5 are the more modern and grab and go pieces which I’ll probably use for going out. I just need to snap in or slip in the inserts before hand.

I’m currently trialling #6 as a night time nappy solution. I’ve had moderate success with this one… by moderate I mean that I’m not entirely sure that it’s 100% there yet as I’m also working on the sleeping through the night routine. So when he wakes up at night, I’m not always sure if it’s just because he’s hungry or because of a wet nappy. So I’ll probably mostly use disposables at night for now until we get things established in the feeding/sleeping department.

Hope this doesn’t scare you off but generates some interest instead. If I can covert at least one person either directly or indirectly to consider cloth diapering, it’ll be nice to know I’ve saved a few more trees and carbon footprints.