Homemade muah chee which is surprisingly quite easy to make.

Add water bit by bit until a the mixture becomes doughy. You can add a bit of sesame oil to make it easier to handle. Form the dough into balls and drop them into a rapidly boiling put of water. The dough will rise to the surface when it is cooked. The other alternative is to steam it.

Toast peanuts for 10-15 minutes in the oven, the blitz it up if a food processor with the sugar.

Use scissors to snip the dough up into small pieces and coat with the peanut and sugar mixture. Hubby was totally enraptured with this. 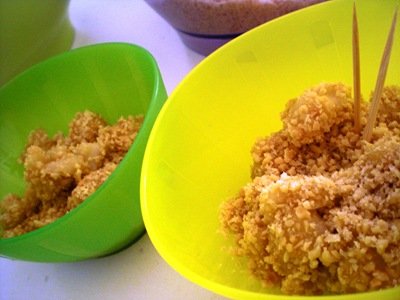 I had quite a bit of peanut mixture left over, so for breakfast the next day, I tried my hand at making apam balik… those yummy peanut pancakes found at the pasar malam or snack stalls in Malaysia/Singapore. 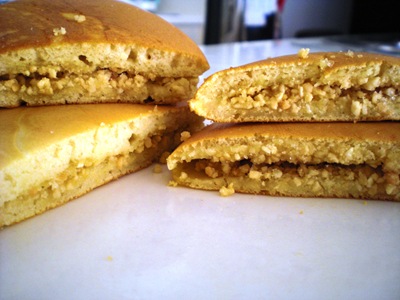 Again, pretty simple to make. This is the recipe I used:

I found other recipes which called for alkaline water to be included in the mix. I think this would have made the texture of the pancake more kueh like. But for a quick fix which still resembles the taste closely, I found this recipe alright. 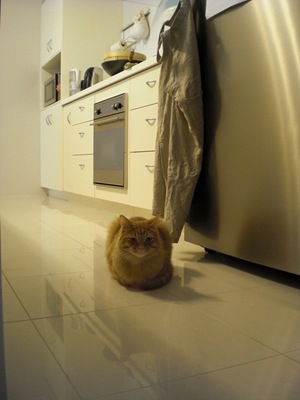 Here he is, waiting patiently for his meal.