After numerous jibes at Mishu being a ‘fat cat’ 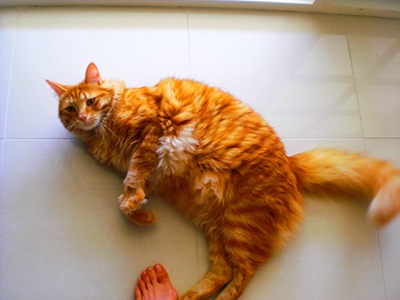 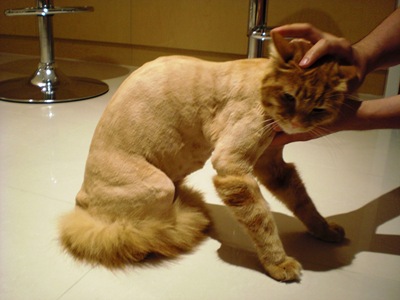 Yes, with the onset of the summer heat, his shedding fur was becoming a chore to maintain. We also suspected that the heat was making him rather listless and lethargic. So today we took him to the groomers to get his fur clipped. They clipped his whole body except for his head, tail and legs. It looks like someone plucked off his head and plonked it on the body of a sphinx cat.

I know he looks hideous and rather ‘naked’, but it actually feels nice to stroke him… he has a soft downy undercoat, which is quite velvety to the touch.

So now Mishu is all set for summer!