Following various questions by curious people, I thought I’d post up some pics of the different objects Mishu’s life revolves around so you can get a picture of his daily routine and how he amuses himself (and us!) every day.

First off, very important: The Scratching Post. Cats just have the need to scratch something every day. So to avoid it scratching the furniture or cushions, best to set a designated spot. Mishu usually does his scratching just before meals… so every morning before breakfast, and in the evening when we arrive home, just before we give him his dinner. 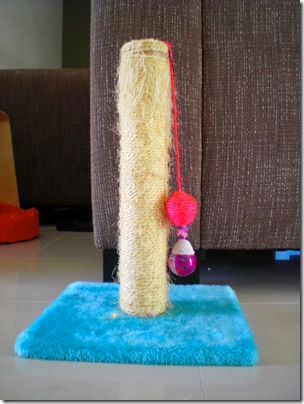 After scratching time is meal time. We feed him about quarter cup of dry kibble and 50grams of wet food twice a day. Every day before makan time, he will meow and rub his body against our legs, scratch his post and look up expectantly for manna from heaven… or from his perspective, the kitchen counter. 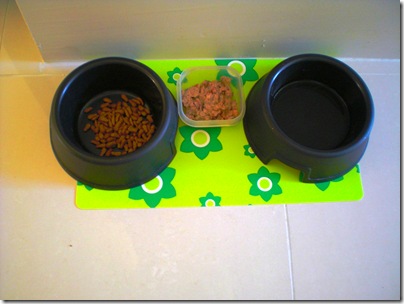 After makan, it’s toilet time. Again, pretty routine… almost immediately, or not long after licking the last bits from his bowl, he will make his way into this little corner in the laundry. Moments later we will hear a rustling sound as he covers up his ‘business’ with his paws and emerges again to see what we are up to. 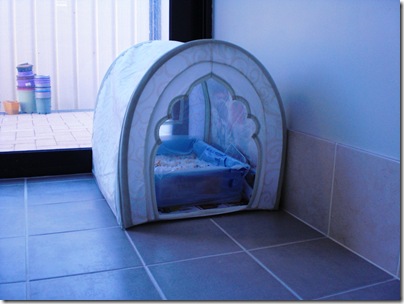 If we are not doing anything particularly interesting, he might creep into his little ‘bed’ under the stool next to the couch. He will just hang around while we watch TV or surf the internet… sometimes dozing off, until we decide to ‘disturb’ him, giving him a little poke, at which he will open his eyes slowly, gaze at us nonchalantly, yawn, then look away, as if to say ,“whatever!” 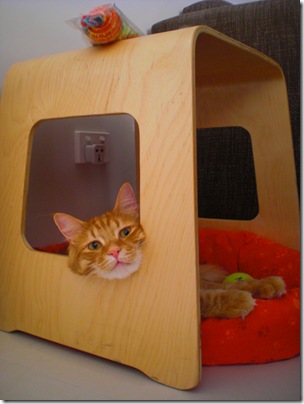 We try to play with him for a few minutes every day. As you can see, he has a variety of toys to choose from…. 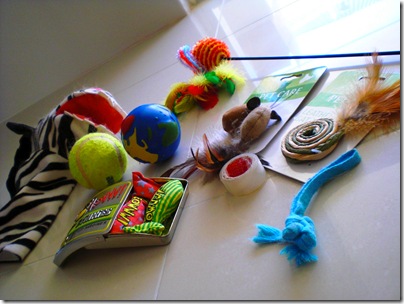 But he generally has only a couple of favourites…

Like this small roll of cellophane. It started when we happened to be using it to tape something in the living room, Mishu was sitting nearby, so hubby thought just for fun to roll it toward him. He got really excited and started chasing it, pawing at it and pushing it around. He enjoys playing with it so much, it’s now been left as a permanent addition to his toy collection. 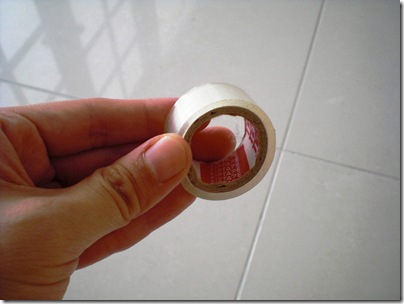 I’m not sure whether this is actually one of Mishu’s favourites, but it’s definitely one of mine. This is Mishu’s ‘prey’ when he’s in the mood to play the role of mini-tiger. He will wrestle it and attack it as if he is trying to tear apart a real zebra. I like it because it’s so hilarious to watch him ‘wrestling’ with it. 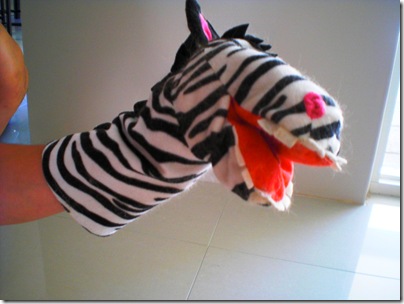 So this is just a glimpse into some of the little things that form part of Mishu’s every day life. Hope you enjoyed it.