May 04, 2009
I received a few comments (both online and face to face) from various people who seemed quite intrigued by the fortune cookie and star gazing surprise I had planned for hubby's birthday this year.

So I thought I share another idea of a past birthday surprise present I had planned for hubby a few years ago... I think this was in 2003 while we were working in Singapore.

I had scouted around for various ideas and activities for hubby's (boyfriend at that time) birthday, but I couldn't really make up my mind yet which one to go for.

So I decided to let hubby choose...

I made a list of a few mysterious possibilities and asked hubby which option he wanted.

I can't find the list I made, but I think I probably listed it something like this:

I'm sure I phrased them way better than the above... but you get the idea.

Hubby chose the second option... and not long after that, he received this special invitation (I prepared the invitation myself)... 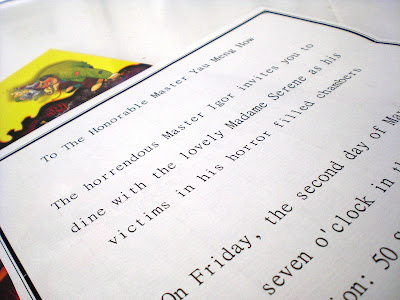 Up until the day itself, hubby had no clue at all of what was in store. We met somewhere and went to the mysterious location I had planned...

An evening at Igor's, The Main Event - (apparently) the world's most outrageous restaurant! 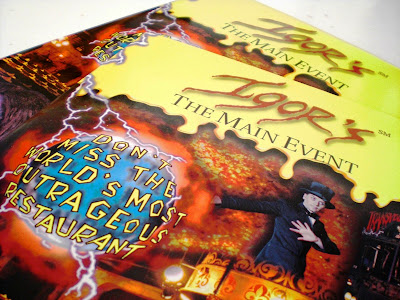 To enter the restaurant, all the guests had to pass through a haunted corridor... which was quite scary, but lot's of fun!

Every few steps something gruesome would pop out and the whole group would be all screams... hahaha, onviously I was too preoccupied to take any photos of that, but it was definitely a horror-filled fun experience. 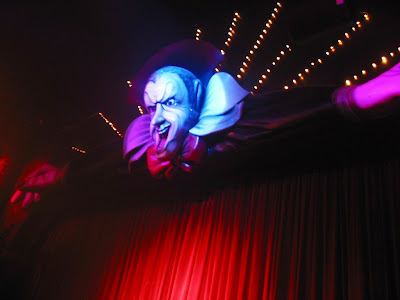 We finally arrived at the main hall which was done up like a old medieval grand dining hall, with creepy red lighting effect. 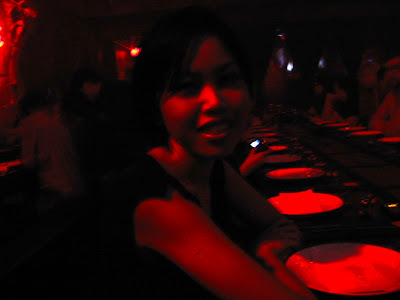 And then, the next part of the experience began with a warm welcome from our 'host'... 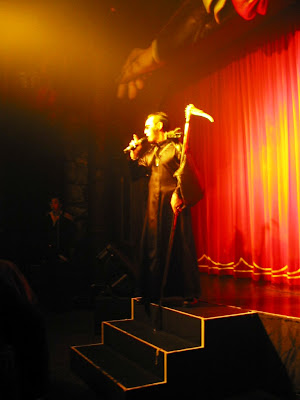 Dinner was served, and the evening's entertainment began...

It was horror-comedy-musical performance, something like a Singapore version of The Adam's Family... but more funny with quite a bit of adult humour and local Singapore jokes. 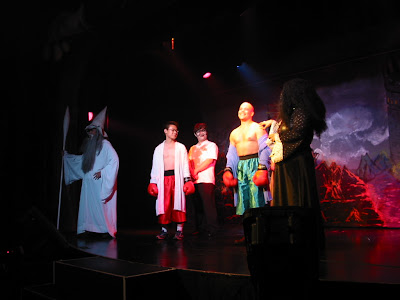 During the interlude, the performers went around to see how the guests were doing... 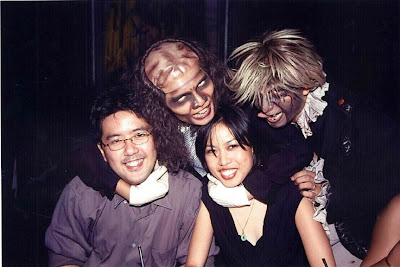 We had more photo ops after the performance ended. 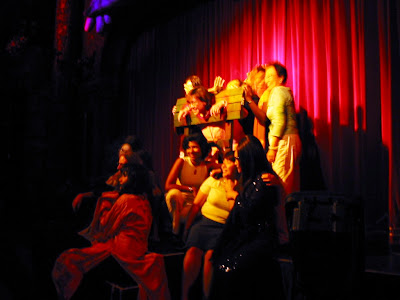 I would highly recommend the experience. 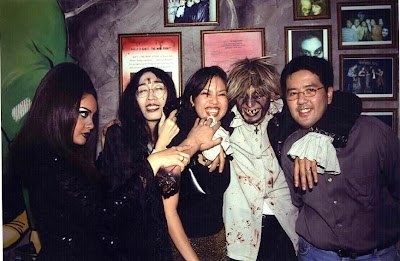 After this post, I quite sure I'll be receiving more remarks from you guys on how 'lucky' and 'blessed' MH is to have a wife like me! hehehehe...

I plan to share another creative surprise present I had planned for hubby. Just need to hunt up the old photos... so stay tuned!